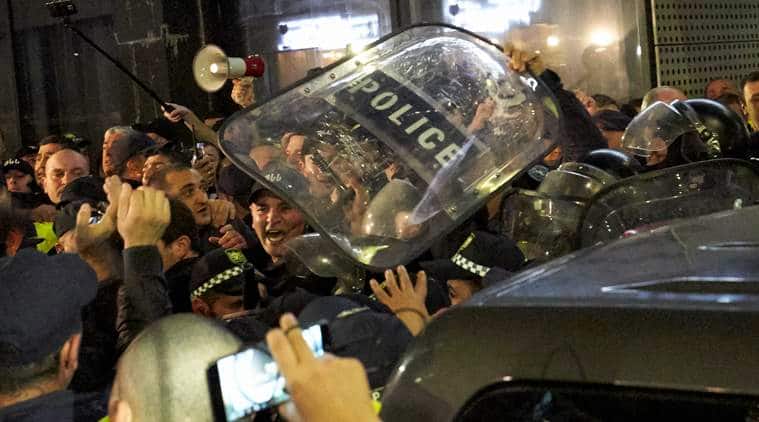 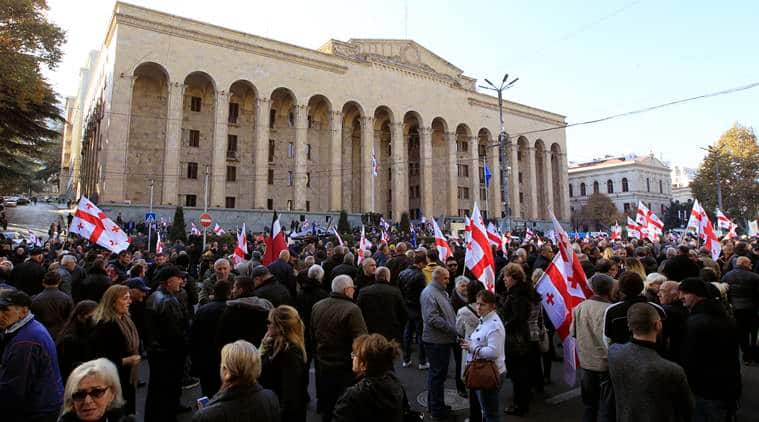 About 20,000 people rallied in the centre of the Georgian capital Tbilisi on Sunday to protest against the government and to demand an early parliamentary election.

The protest took place days after the parliament failed to pass a planned electoral reform, a move to full proportional representation from the present mixed system.

Currently almost a half of lawmakers in parliament are elected not by party lists but in single-mandate constituencies.

Constitutional amendments on electoral changes fell short by 12 votes to be passed as some lawmakers from the ruling Georgian Dream Party, who feared proportional voting would cost them their seats, opposed the changes.

The switch was scheduled to happen in 2024, but the opposition demanded it be brought forward for the election due in October next year, saying the system unfairly favours Georgian Dream, which has ruled since 2012.

Parliamentary Assembly of the Council of Europe and the US Embassy said on Thursday they were disappointed by the vote result and urged lawmakers to find ways to approve the measure.

“The time has come to finish the Ivanishvili regime in Georgia,” Giorgi Vashadze, an opposition New Georgia leader, said, referring to ruling party leader Bidzina Ivanishvili, an oligarch who critics accuse of ruling the country from behind the scenes.

All main opposition parties in the ex-Soviet country of 3.7 million joined forces for the protest to demand an earlier vote to be held by a proportional system, the resignation of the government and the creation of an interim government.

All entrances to the parliament would be blocked by opposition activists, she said.

Activists also put locks on parliament’s gates in a symbolic gesture and pitched tents around the building.

Protestors blew vuvuzelas and held placards reading “Together against one!”, referring to Ivanishvili.

Opposition leaders said they suspected the failure of the electoral reform was orchestrated by Ivanishvili, although he denied manipulating the process.