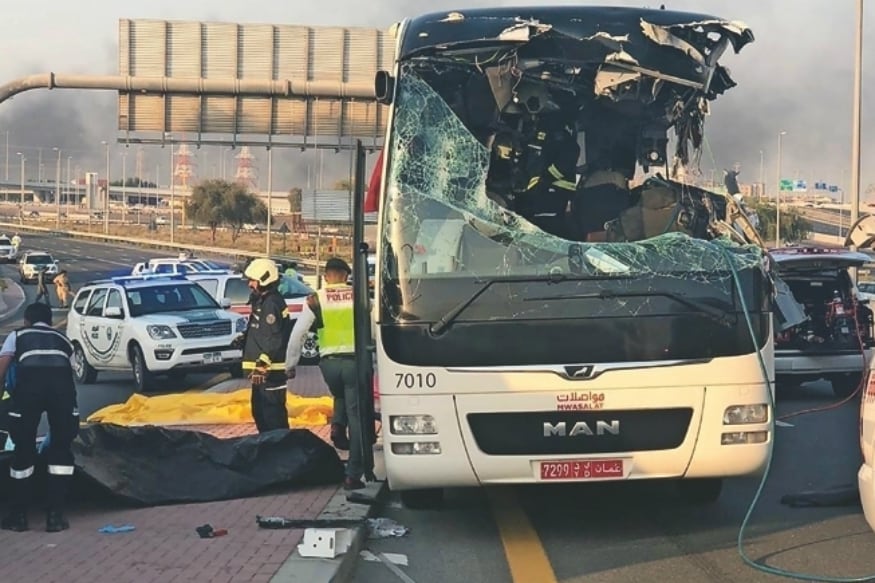 Dubai: The Omani driver, who was held responsible for the Dubai bus accident that killed 17 people, including 12 Indians, will stand trial and the prosecution will seek seven years imprisonment and a huge sum as blood money, according to media reports on Wednesday.

Twelve Indians were among the 17 people killed in the horrific bus accident on Jun 7 when the bus, coming from Oman, wrongly entered a road not designated for buses and crashed into a height barrier that cut the left side of the bus and killed passengers sitting on that side.

The other deceased include two Pakistanis, one Omani and one Filipina.

The Dubai Police has blamed the 53-year-old Omani driver, who was moderately injured, for the accident, saying "at times a small mistake or negligence can lead to adverse consequences".

The driver was referred to the Traffic Court over charges of wrongly causing death to the 17 passengers, Prosecutor Salah Bu Farousha Al Felasi, director of Traffic Prosecution was quoted as

saying by the Gulf News.

The traffic prosecution on Wednesday said it would seek a seven-year jail term for the driver and blood money of USD 925,000 to be given to family members of the deceased, the Khaleej Times

"The prosecution shall seek to apply the penalties provided for in the law against the driver, in accordance with the federal laws in force - penalties, traffic and blood money... The penalty

is imprisonment of up to seven years as well as fine," the public prosecution tweeted.