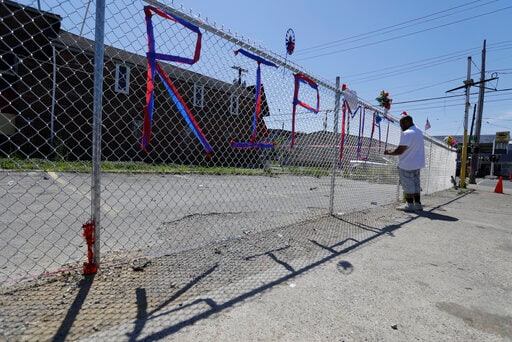 LOUISVILLE, Ky. A Kentucky State Police investigation into the fatal shooting of a Louisville barbecue cook during street protests against racism has been completed and handed over to prosecutors.

Investigators turned over the findings in David McAtee’s May 31 shooting death to the Commonwealth’s Attorney in Louisville for review, said J. Michael Brown, secretary of the states executive Cabinet.

Brown said the file would be shared with the FBI, which is conducting a separate investigation.

Theres nothing to suggest, from the evidence collected so far, that theres any significant difference between the sequence of events and actions that were previously reported or captured on videos,” Brown said during a governor’s news briefing Monday.

Brown announced in June that bullet evidence showed that McAtee had been shot at his eatery by a National Guard member. McAtee had fired at least two rounds from his gun, Brown said. There were two guard members in the area and investigators could not determine which one fired the fatal bullet.

Louisville officers were seen on a video distributed by police shooting pepper balls into the area where McAtee was cooking outdoors. But Brown has said he believes McAtee fired the first live round and that guard members returned fire.

The National Guard was in Louisville to help enforce a curfew amid protests spurred by the deaths of George Floyd in Minnesota and Louisville native Breonna Taylor, both Black. Taylor was shot by Louisville detectives serving a warrant in her home in March. Floyd died May 25 in police custody in Minneapolis.