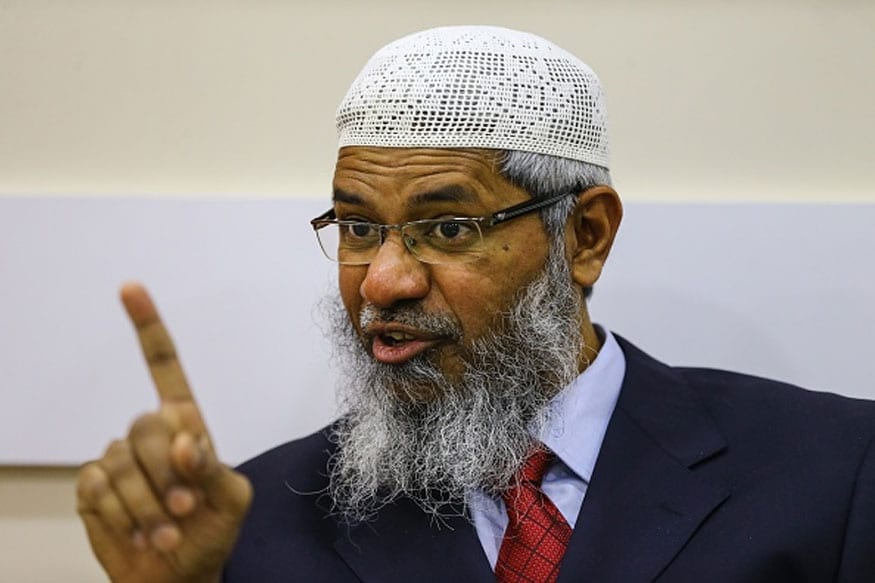 "Zakir Naik isn't a national of this country, he was given permanent status by the previous government. A permanent resident is not supposed to make comments on the country's system or politics. He breached that so now he isn't allowed to speak,” Mahathir Mohamad was quoted as saying by local media.

On the question of Naik’s extradition, the Malaysian PM said: "Not many countries want him. I met Prime Minister Modi, he didn't ask me for him. This man could also be troublesome for India."

Mohamad’s statements fly in the face of India’s stand on the issue as Foreign Secretary Vijay Gokhale had said that PM Modi raised the issue of Naik's extradition during a meeting between with his counterpart on the sidelines of the fifth meeting of the Eastern Economic Forum (EEF).

"Both the parties have decided that our officials will stay in contact regarding the matter and it is an important issue for us," Gokhale said.

Naik, a 53-year-old radical television preacher, left India in 2016 and subsequently moved to the largely Muslim Malaysia, where he was granted permanent residency. He is wanted by Indian authorities since 2016 for alleged money laundering and inciting extremism through hate speeches.

He has been banned from any public activities in the multi-ethnic country after his remarks against Malaysian Hindus and Chinese on August 8.