Past decade of 'exceptional heat' likely to be hottest on record: Report 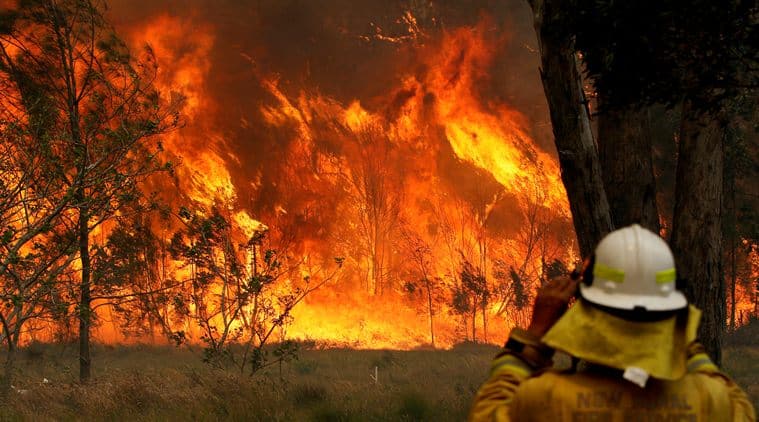 The decade 2010-2019 is likely to go down as the warmest on record due to exceptional global heat driven by greenhouse gas emissions, a report by World Metereological Organisation has found. The agency also said that 2019 is well on its way to be the second or third warmest year.

“As the ocean warms, sea levels rise. This rise is further increased by melting of ice on land, which then flows into the sea. In autumn 2019, the global mean sea level reached its highest value since the beginning of the high-precision altimetry record (January 1993),” the report noted.

The WMO report, in a sense, sets the tone for the COP 25 summit hosted by the United Nations in Madrid.

The report also presents a grim picture of the state of our oceans. The oceans, which absorb the impacts of climate change such as greenhouse gases, is now paying a dear price for human activities. While the ocean absorbed around 22 per cent of annual carbondioxide emissions in the decade 2009-2018, increasing atmospheric CO2 concentrations have altered its chemistry.

This means the seawater is at 26 per cent more acidic than the beginning of the industrial revolution era.

“CO2 reacts with seawater and alters the acidity of the ocean by decreasing its pH. This process is called ocean acidification. The change of pH is linked to other shifts in carbonate chemistry that decrease the ability of a variety of marine organisms to calcify, from mussels and crustaceans to corals,” the report said.

2019 was also a bad year for the Arctic as its sea-ice reached it minumum extent in September, which was the second lowest in the satellite record. In Antarctica, 2019 saw record low ice extents in some months.

Climate variability and extreme weather events have also internally displaced more than 10 million people between January-June 2019. Out of these, the report said, at least 7 million were triggered by hydrometeorological events including Cyclone Idai in Southeast Africa, Cyclone Fani in South Asia, Hurricane Dorian in the Caribbean, and flooding in Iran, the Philippines and Ethiopia. The WMO report warned that the “number of new displacements associated with weather extremes could more than triple to around 22 million by the end of 2019”.

Floods and storms followed by droughts have contributed the most to displacement. The region most prone to distater displacement is Asi-Pacific. “For instance, more than 2 million people were evacuated in Bangladesh, the second most disaster-prone country in the region, due to Cyclone Bulbul in November, and more than 2 million in China due to Typhoon Lekima in August,” the report added.