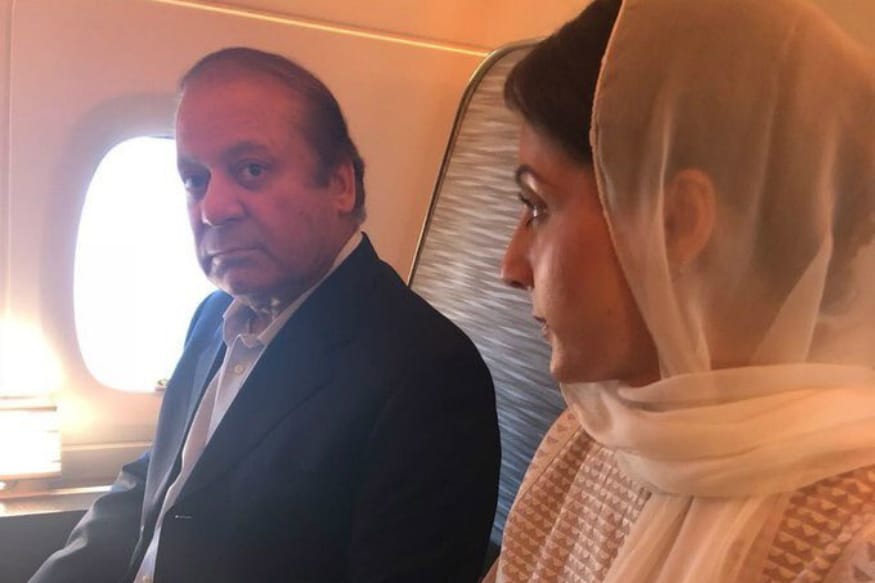 Lahore: Pakistan's former premier Nawaz Sharif, his daughter and son-in-law were sent back to the jail on Monday after the end their five-day parole to attend the funeral of Begum Kulsoom who died last week in London after battling with cancer.

Sharif, his daughter Maryam and son-in-law Capt (retd) M Safdar, currently serving jail terms in the Adiala Jail in Rawalpindi after being convicted by an accountability court in a corruption case in July, were granted five-day parole on Wednesday.

The Sharifs had been sent to the jail two months ago in the corruption case related to their purchase of four luxury flats in Avenfield House in London.

The three left their Jati Umra residence in the afternoon for the Lahore airport amid high security. A special plane transported them to Nur Khan airbase Rawalpindi from where they were shifted to the Adiala Jail. Shahbaz Sharif also accompanied them till Rawalpindi.

Shahbaz tried to extend their parole till Kulsoom's chehlum, a ceremony that is held on the 40th day after the demise.

During the parole, a number of politicians and foreign dignitaries visited Sharif to condole the demise of Kulsoom.

"I regret that I was not with Kulsoom during the last days of her life," Sharif told former president and PPP co-chairman Asif Ali Zardari who went to his residence to condole the death of Kulsoom.

Sharif said he had been in a solitary confinement.

"I am allowed to meet with daughter Maryam once a week," he said.

The three were released on 12-hour parole to attend the funeral of Kulsoom, who passed away on Tuesday after a year-long battle with throat cancer.

Kulsoom was laid to rest on Friday at the Sharif family's Jati Umra residence here next to the graves of her father-in-law Mian Sharif and brother-in-law Abbas Sharif.

The Supreme Court last year disqualified Sharif from holding the office of prime minister after the Panama Papers scandal.