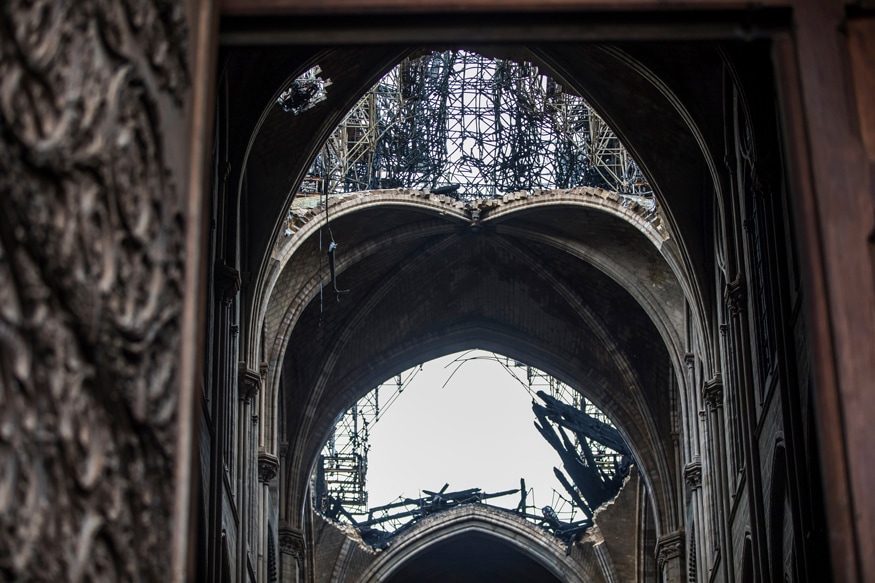 Paris: Catholic worshippers feeling orphaned by the fire that ravaged part of Notre-Dame will be welcomed in an "ephemeral cathedral" of wood in front of the Paris monument until it reopens, Notre-Dame's chief priest said Thursday.

Speaking to France's CNews television channel Monsignor Patrick Chauvet said: "We mustn't say 'the cathedral is closed for five years and that's it'.

To give the faithful somewhere to congregate next to Notre-Dame, he suggested: "Can I not build an ephemeral cathedral on the esplanade (in front of Notre-Dame)?" Paris Mayor Anne Hidalgo had backed the idea and agreed to give over part of the esplanade to the church for a wooden structure, he said.

Chauvet said the wooden "cathedral" would host priests who could address some of the millions of tourists who throng the original 850-year-old Gothic cathedral each year.

The government said it would launch an international architecture contest to replace the burning steeple which came crashing down during Monday's inferno, along with a large part of the roof.
Chauvet said the surrogate "cathedral" would be erected quickly, as soon as the esplanade reopens after work to secure the cathedral is completed.

The fire is believed to have been accidentally triggered by restoration work which was being carried out on the steeple.