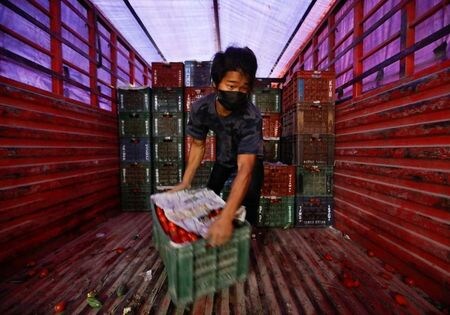 KATHMANDU Nepali businesses have laid off 22.5% of their workers as measures to contain the novel coronavirus hit tourism and other activities, a senior central bank official said on Thursday, citing a study of the economic impact of the outbreak.

The study of nearly 700 enterprises in 52 of the Himalayan nation’s 77 districts, conducted by the central bank in June, showed most jobs lost in hotels and restaurants followed by agriculture, forestry, fisheries, and the wholesale and retail sectors.

Nepal imposed a nationwide lockdown in March after reporting two confirmed cases of the novel coronavirus. That put an end to its spring climbing and hiking season, which draws visitors from around the world.

The containment measures were partially eased in June but economic activity would take some time to recover, even if the coronavirus was eliminated, said Gunakar Bhatta, an executive director of the Nepal Rastra Bank, who led the study.

“Businesses, specially the hotels, said it will take them 13 months to return to a pre-COVID-19 situation,” Bhatta told Reuters.

Workers faced average salary cuts of more than 18%, the study found, while the virus forced 61% of business to close completely.

Production and turnover of those that stayed open were on average up to 73% lower, the report said.

Nepal, wedged between China and India, has reported 24,432 coronavirus cases with 91 deaths and health workers say the peak of infections could still be weeks away.

Following the outbreak, Nepal lowered its forecast for growth for the fiscal year that ended in mid-July to 2.3% from 8.5%.

About 20% of Nepal’s 30 million people live on a daily income of below $2 and are heavily dependent on the informal sector.