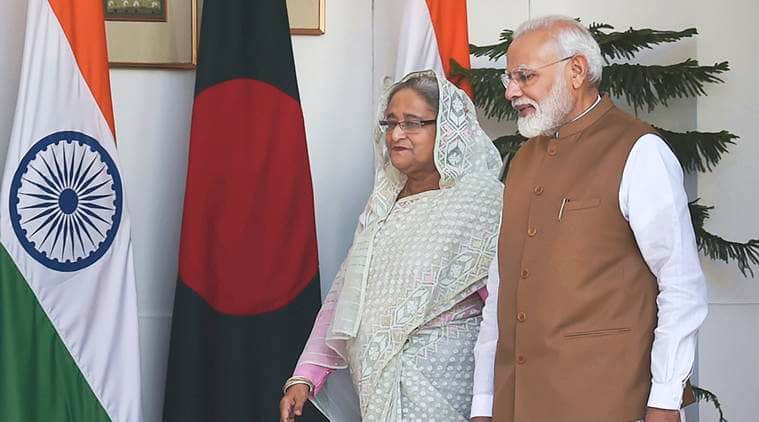 Prime Minister Narendra Modi was supposed to attend the inauguration ceremony in his one-day visit to Dhaka on March 17. (Express File Photo)

As Bangladesh confirmed its first three cases of coronavirus on Sunday, the inaugural ceremony of Sheikh Mujibur Rahman’s birth centenary on March 17, which Prime Minister Narendra Modi was to attend, was postponed.

The event will now be held at a later date, not yet announced.

“The 17th March grand inaugural ceremony of Bangabandhu Sheikh Mujibur Rahman’s birth centenary at the National Parade Ground has been postponed after the first case of the coronavirus was reported in the country.  Foreign heads of states and dignitaries invited for the proceedings will also not be coming on the day, but will arrive for the rescheduled event at a yet to be announced date,” a statement released by Bangladesh said.

The rearranged schedules will be announced after a meeting of the Mujib Borsho (Mujib Year) national implementation committee on Monday.

While the main focus of PM Modi’s visit to Dhaka would have been the Mujib Year’s inauguration event, it was also reported that he would hold bilateral talks with his Bangladesh counterpart Sheikh Hasina, Mujib’s daughter.

On March 6, protests were held in Dhaka against the Citizenship Amendment Act.