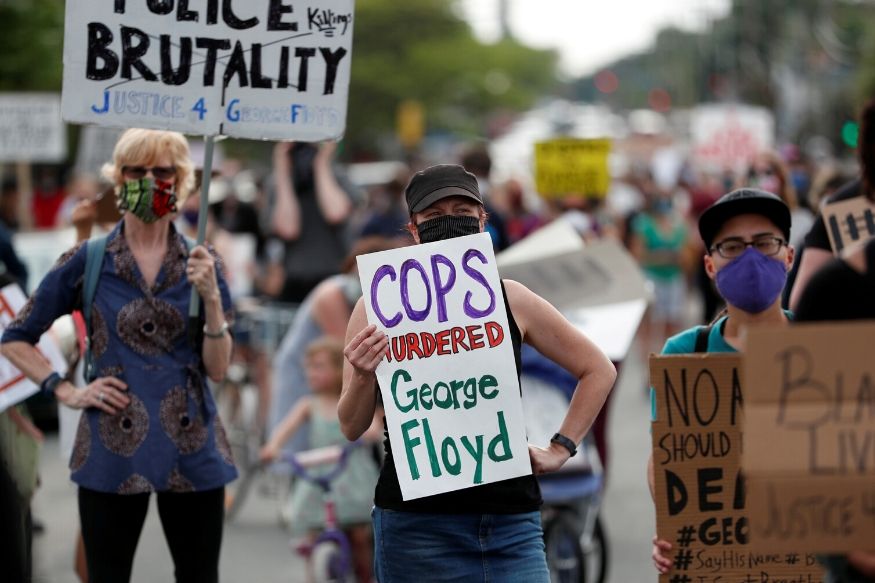 A white Mississippi mayor who caused an outrage with his tweets about the death of George Floyd in Minneapolis has apologised but says he won't resign.

Petal Mayor Hal Marx told the Hattiesburg American his remarks on social media about Floyd's death, which occurred after a white police officer kneeled on his neck, "were made in haste and not well-thought out or expressed."

Still, the mayor said he plans to serve out his term that expires in July 2021.

On Friday, at least 200 people protested at City Hall calling for Marx to resign. Petal's board of aldermen also agreed the mayor should step down.

"Why in the world would anyone choose to become a police officer in our society today?" Marx tweeted Tuesday, the day four Minneapolis police officers were fired. Floyd, 46, was handcuffed and pleading for air as a white police officer kneeled on his neck Monday.

In a follow-up tweet, the Republican directly referenced the Floyd case, saying he "didn't see anything unreasonable": "If you can say you can't breathe, you're breathing. Most likely that man died of overdose or heart attack. Video doesn't show his resistance that got him in that position. Police being crucified."

Marx told the newspaper that city aldermen and others had wrongly characterised the tweets as racist.

"I did not make racist comments," Marx said, "and I have not mistreated anyone.