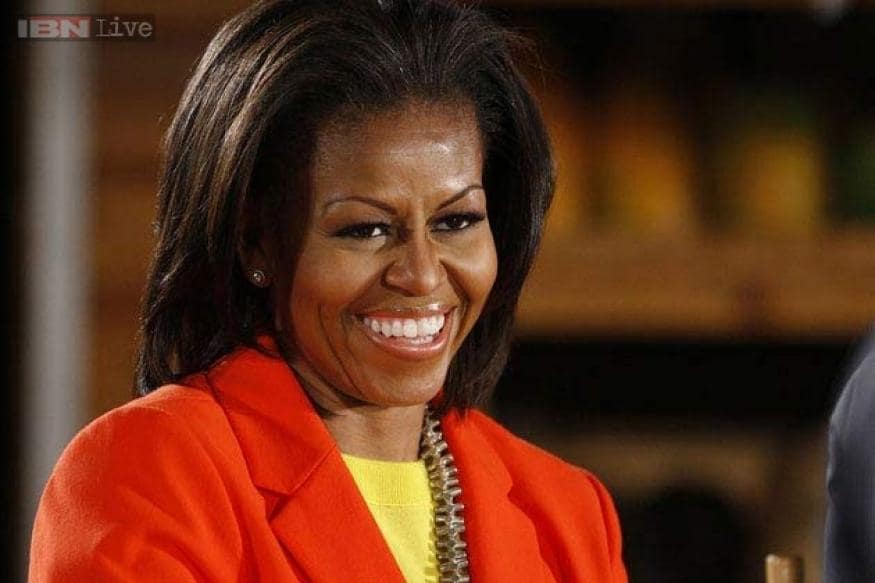 London: Former US first lady Michelle Obama charmed thousands of Britons on Sunday, telling anecdotes about meeting the "wonderfully warm and funny" Queen Elizabeth and praising London's diversity at an event in the capital.

Obama, the wife of Barack Obama, who was president from 2009 to 2017, was in London to promote her best-selling autobiography 'Becoming'.

She had the sellout audience - many of whom had travelled hours to attend - laughing along within minutes of taking the stage, recounting the furore she caused in 2009 when she breached royal protocol by putting her arm around the queen.

"Yikes! Sorry guys," she joked, explaining she later learned to keep her hands clasped or behind her back to curb her natural instincts.

Nevertheless, she had no regrets when it came to the queen: "I don't know that I could have done anything differently because it was a natural human reaction."

She said she had been touched by the queen's decision to wear a small pin badge the presidential couple had given her as a gift, and described Britain's 92-year-old monarch in glowing terms:

"That was my experience, that has been my experience: that kind of warmth and graciousness and intelligence and wit - I like her."

Obama's book tour has so far taken her across North America and Scandinavia. After London, she will go to Paris and Amsterdam.

"It's absolutely surreal. I think it's like a once-in-a-lifetime opportunity. I can't believe she's in England as well, I can't believe we're going," said Aisha Chipampe, a 26-year-old corporate finance worker who drove four hours from the northern city of Leeds for the show.

Obama, asked by host Stephen Colbert what advice she had for people in Britain about how to stay calm in a time of turmoil - a likely reference to political divisions over Brexit - said London was unique and should treasure its diversity.

"This trepidation, the anxiety, it's everywhere, it's all over the world," she said.

"I was looking out over the city, London, a beautiful city, and the thing I love about it is it is truly representative of true international diversity, in ways that you don't see in cities, most cities particularly, even in the United States, and that is a gift," she said, drawing cheers.