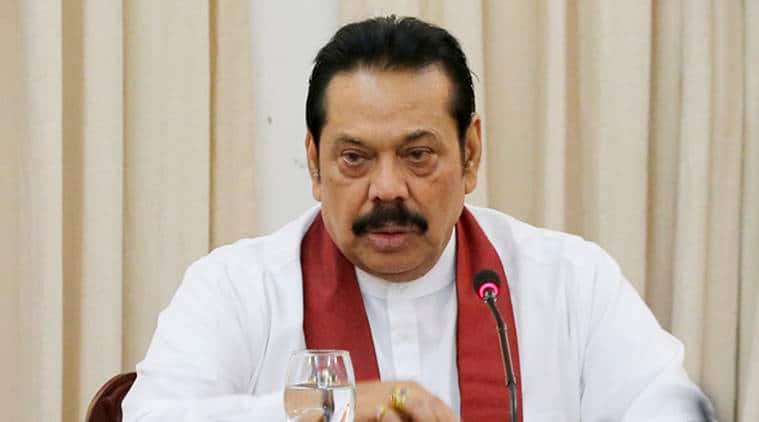 Sri Lanka’s former strongman President Mahinda Rajapaksa has sought the resignation of Prime Minister Ranil Wickremesinghe after his younger brother Gotabaya Rajapaksa became the President, asserting that governance will improve if the President and the Cabinet are from the same party.

Addressing the media after a religious ceremony organised for his 74th birthday on Monday, the Opposition Leader in Parliament said it would be more effective to have a government where the President and the Cabinet are from one party

“I think it is better if we have General Elections. Many Cabinet members have already stepped down. I think it is more effective to have a Government where the President and Cabinet are from the same party,” the Daily Financial Times quoted him as saying.

Rajapaksa also said that the public’s decision at the ballot box needed to be respected.

Gotabaya was on Monday sworn in as Sri Lanka’s seventh President at an ancient Buddhist temple, a venue chosen to reflect the massive mandate he got from the Sinhalese majority, as he vowed to protect all communities while giving foremost priority to Buddhism.

The 70-year-old controversial wartime defence secretary was credited for ending the military campaign of the Liberation Tigers of Tamil Eelam (LTTE) who ran a 30-year war to create a separate Tamil homeland in the north and east of the island.

Gotabaya is both respected and reviled in the island nation where he is considered a “war hero” by the Sinhalese Buddhist majority but mostly distrusted by the minority Tamils.

A former military man, Gotabaya attended the counter-insurgency and jungle warfare school in Assam in 1980, served as the defence secretary during his elder brother Mahinda Rajapaksa’s tenure as president from 2005 to 2014.

Rajapaksa, who was appointed Sri Lanka’s Prime Minister by President Maithripala Sirisena in a controversial move, resigned in December as two crucial Supreme Court decisions made the embattled former strongman’s efforts to cling to premiership untenable.

Rajapaksa was appointed the Prime Minister on October 26 by Srisena after sacking Wickremesinghe, which plunged the country into an unprecedented constitutional crisis.

The apex court later unanimously declared that the dissolution of Parliament by Sirisena was “illegal”.

Rajapaksa won power in 2005 and went on to become South Asia’s longest-serving leader. He became the country’s youngest-ever parliamentarian in 1970 at the age of 24.