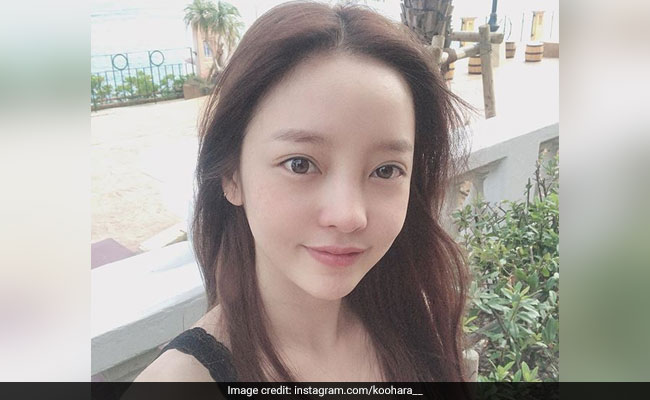 South Korean K-pop singer Goo Hara was found dead at her home in Seoul on Sunday, police said, adding that the cause of death was not known.

The 28-year-old's death came six months after she was found unconscious at her home in what local media described as a suicide attempt and less than six weeks after her friend and fellow K-pop singer Sulli was found dead in a suspected suicide.

Goo, who made her K-pop debut in 2008 as a member of the girl band Kara, and later launched her career as a solo artist in South Korea and Japan, told reporters after her May hospitalization that she had been "in agony over overlapping issues" and vowed to recover. She released a mini album earlier this month.

Goo took her former boyfriend to court last year, accusing him of filming her without her consent and threatening to circulate a video of the pair having sex.

In August, a court found the boyfriend, hairdresser Choi Jong-bum, guilty of assault and of threatening to circulate the sex video, although not of filming without her consent. He has denied the allegations and has filed an appeal.

Goo's last post on Instagram, published Saturday, was a photograph of herself in bed with the caption: "Good night."

Last month, Sulli was found dead in her apartment, with an autopsy later concluding that there was evidence that she may have committed suicide. In an Instagram live session the day after Sulli's death, a tearful Goo spoke about her friend and pledged to work harder and live harder herself.

Sulli's death highlighted the huge pressures on K-pop stars, partly exerted by demanding fans, and the lack of mental health support in a country with the highest suicide rate among rich nations.

Both women had their private lives intensely examined in public and were the subject of hateful online comments, in an industry where female K-pop singers are not supposed to date or even live real lives but instead conform to rigid norms.

Sulli was outspoken about her mental health issues and shared her experiences dealing with malicious online comments.

Suicide is the leading cause of death for South Koreans between the ages of 10 and 39, according to government statistics.