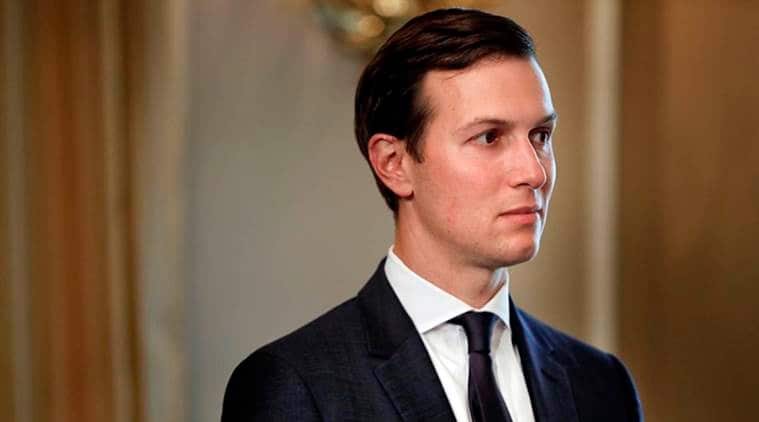 Having worked on the proposal for nearly three years, Kushner and the Trump administration set up the Mideast plan with the aim of ending the Israeli-Palestinian conflict. (File Photo)

US President Donald Trump’s adviser and son-in-law Jared Kushner met with UN Security Council members on Thursday behind closed-doors to brief them on the US peace plan for the Middle East.

The initiative allows for Israel to retain sovereignty over all its settlements and the strategic Jordan Valley. A newly created Palestine would remain a disjointed state under the highly criticized US plan.

Having worked on the proposal for nearly three years, Kushner and the Trump administration set up the Mideast plan with the aim of ending the Israeli-Palestinian conflict.

While Trump hailed the plan as the “deal of the century,” Palestinians have already rejected it, saying they were never included in the talks in the first place. The European Union has also slammed the US plan, saying the proposal departs from established international agreements.

Kushner told reporters after the briefing that he blamed Palestinian President Mohammed Abbas for a spike in violence in Israel in the days since Trump announced the plan.

“He calls for days of rage in response and he said that even before he saw the plan,” Kushner said.

Trump, who unveiled the Mideast plan on January 28, was criticized for favoring Israel over contentious issues including borders, Jewish settlements and the status of Jerusalem.

Palestinians are calling for an independent state, demanding all areas seized by Israel in the 1967 Six-Day War, including all of the West Bank and East Jerusalem.

Palestinians are also seeking the dismantlement of the more than 700,000 Israeli settlers from these areas.

On Monday, the Arab League and the Organization of Islamic Cooperation rejected Kushner’s “peace vision.”

According to the Associated Press. Palestinian supporters have circulated a draft UN resolution that would reject the US proposal, saying it violates international law.

The UN Security Council has called for a two-state solution based on borders before the 1967 conflict and direct negotiations between Israelis and Palestinians.

The US resolution could be put to a vote on February 11 when Palestinian President Mahmoud Abbas is scheduled to hold talks with Security Council members and express the Palestinian government’s rejection of the plan.

The US would likely veto the resolution.

Violence has erupted since the annoucement of the Isreal-backed initaive.

Israeli forces killed two Palestinians in clashes in the occupied West Bank on Thursday and a third Palestinian in Jerusalem after he fired at police.

Also on Thursday,a car slammed into twelve Israeli soldiers and two civilians. The Israeli military is treating the incident as a terror attack, according to a statement.

'We'll be a History Project': Children In US Talk About Missing Friends, Boredom Amid Covid-19 Lockdown