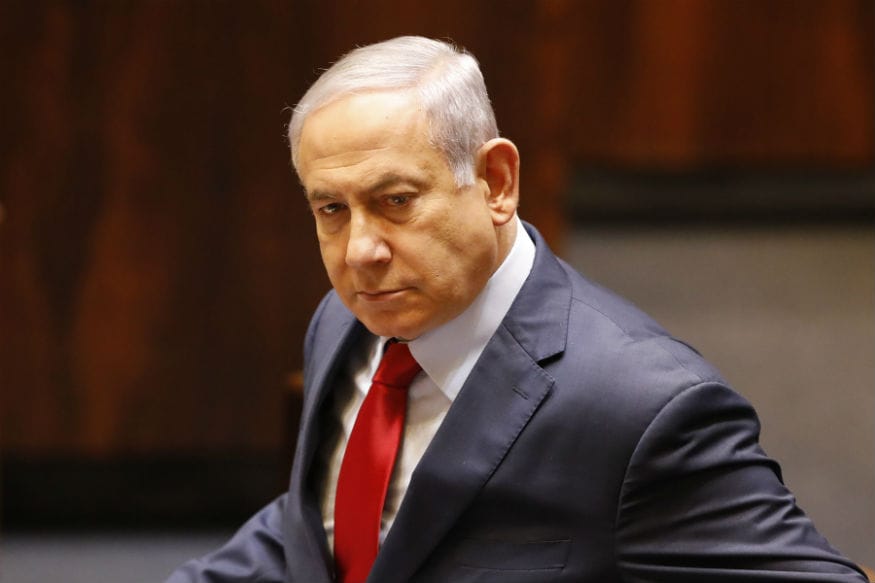 Jerusalem: Israeli Prime Minister Benjamin Netanyahu's Likud party trailed its main rival Blue and White by 31 to 32 seats on Wednesday after an unprecedented repeat election, putting the country's longest serving premier on a shaky ground and raising the possibility of a unity government.

Israelis voted on Tuesday in their country's second general election in five months after 69-year-old Netanyahu failed to form a governing coalition with a viable majority following April's vote.

The Central Election Committee (CEC) said that Blue and White party seemed to be taking a lead over Likud after 91 per cent votes were counted.

As per figures shared by the CEC, the centre-left bloc now has 56 seats compared to Netanyahu-led bloc, comprised of right-wing and ultra-Orthodox parties, which is at 55 seats in the 120-member Parliament. The Joint List, an alliance of mostly Arab Israeli parties, also has gained a seat standing at 13. These numbers may change slightly when the votes of soldiers are counted later Wednesday and Thursday.

The secular Yisrael Beitenu party won 9 seats, making its leader and former defence minister Avigdor Lieberman the kingmaker in the elections, as predicted earlier in the exit polls.

On Wednesday morning, 61-year-old Lieberman, an ally-turned-rival of Netanyahu, asserted that he will not join any coalition. He said that "the picture is clear...There is only one option and it's a broad liberal unity government" comprising of Likud, Blue and White and his own Yisrael Beitenu.

The ultra-Orthodox Shas got nine seats. United Torah Judaism has 8, Yamina has 7, Labour-Gesher is at 6 and the Democratic Camp has 5.

According to reports, Netanyahu has rejected the idea of a coalition that would include the Joint List as a partner, saying there cannot be a government that relies on parties that praise and glorify bloodthirsty terrorists who kill our soldiers, our citizens, our children.

Gantz, 60, on Wednesday told supporters that his party's campaign had "completed the mission".

"We proved that the idea called Blue and White, an initiative that we started a few months ago, is a success, big-time, and it's here to stay, Gantz was quoted as saying by the Times of Israel.

Netanyahu called the snap election after failing to form a governing coalition with a viable majority after April's vote. His remarkable victory in the April 9 polls securing him a record fifth term proved temporary in the face of a logjam between potential coalition partners over a military conscription bill governing exemptions for ultra-Orthodox Jewish seminary students.

Ultra-Orthodox Jews studying in religious seminaries are currently exempt from mandatory military service, a practice many Israelis view as unfair.

Netanyahu and Lieberman's association in politics goes back some 31 years when the latter assisted the former during his tenure as the deputy foreign minister in an unofficial capacity.

Netanyahu, who has been premier for a total of more than 13 years, faces charges of bribery, fraud and breach of trust in connection with three cases.