FILE PHOTO: General view of the debris of the Ukraine International Airlines, flight PS752, Boeing 737-800 plane that crashed after take-off from Iran’s Imam Khomeini airport, on the outskirts of Tehran, Iran January 8, 2020. (Reuters)

Iran is trying to analyse the black boxes of a Ukrainian airliner that was shot down this month, the state IRNA news agency reported on Sunday, denying a report that a decision had been taken to send the plane’s recorders to Ukraine.

Canada, which had 57 citizens on the plane in which 176 people were killed, and other nations who lost nationals have been calling on Iran for a thorough investigation and have said the flight data and voice recorders should be analysed abroad.

Ottawa has said the recorders, or black boxes, should be sent to France, after the military admitted shooting down Ukraine International Airlines flight 752 in error in the tense aftermath of tit-for-tat strikes by the United States and Iran. 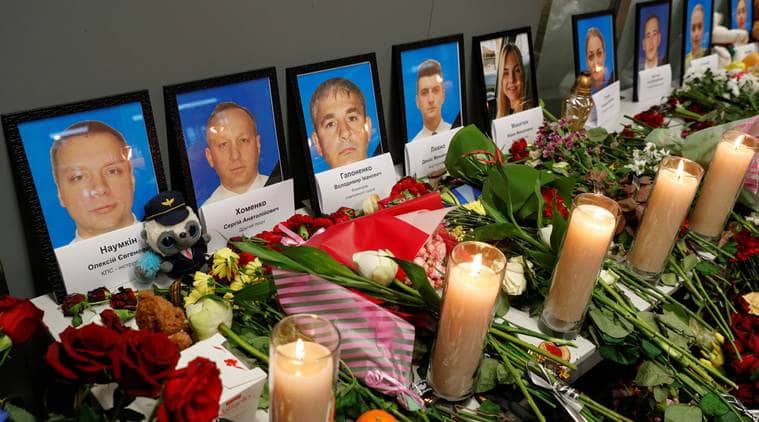 FILE PHOTO: Flowers and candles are placed in front of the portraits of the flight crew members of the Ukraine International Airlines plane that was shot down by Iran. (Reuters)

“We are trying to read the black boxes here in Iran. Otherwise, our options are Ukraine and France, but no decision has been taken so far to send them to another country,” Hassan Rezaifar, a director in charge of accident investigations at Iran’s Civil Aviation Organization, told IRNA.

Russia: Iran was spooked by reports of U.S. F-35s when it downed airliner

Iran’s semi-official Tasnim news agency had said on Saturday the black boxes were being sent to Ukraine. It reported that Iran would not seek to read them at home.

Ukraine has previously said it expected Iran to hand over the black boxes to them.