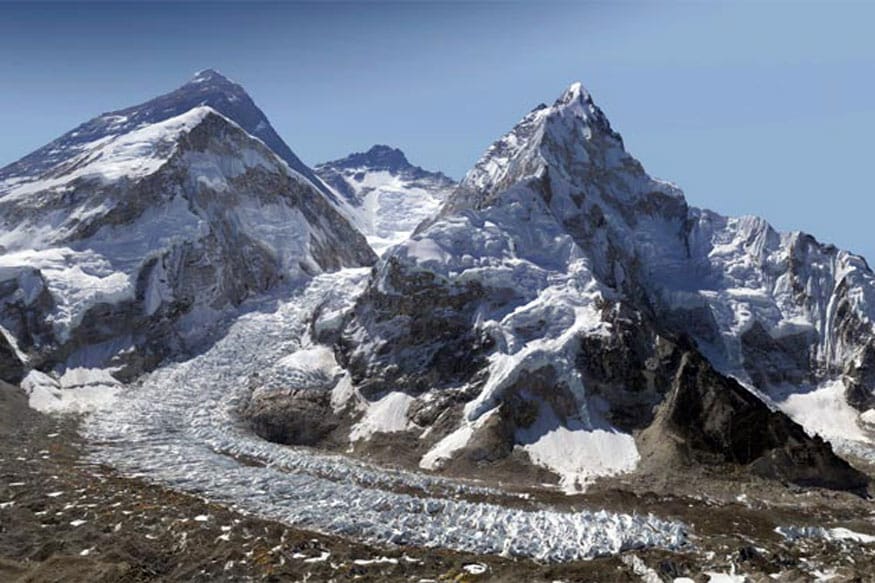 Kathmandu: Nearly 80 Indian climbers were allowed to scale Mount Everest this season, the highest in a list of 381 international expeditioners permitted to climb the world's highest peak, an official said on Friday.

Indian climbers topped the list of Mount Everest aspirants this spring as 78 Indian nationals were granted permission to climb the 8,848-meter peak from the Nepalese side, Mira Acharya, Director Department of Tourism, told PTI.

Americans came second with a total of 75 climbers getting the permission, Acharya said.

In the past, the Europeans outnumbered the foreign climbers and very few Indians climbed the mountains, she said.

Around 600 people, including international and Nepalese climbers, Sherpa mountain guides and porters have reached the summit this season.

Nepal opened the climbing route to the world's highest peak on May 14, when a team of eight Sherpas successfully scaled the Mount Everest, becoming the first team to reach the summit.

On May 24, the largest number of climbers numbering over 200 headed towards Mount Everest.

The next window to climb Everest is on May 27, she said, adding that there are around 100 climbers waiting to conquer the peak on Monday.

Eight Indian mountaineers have died during their expedition to the world's highest peak during this season.

A total of 16 climbers have died on Mount Everest this season.

Hundreds of climbers flock each year to Nepal - home to several of the world's highest mountains, to scale the Himalayan peaks during the spring season that begins around March and ends in June.

Nearly 6,000 climbers have scaled the summit since Edmund Hilary and Sherpa Tenzing Norgay first conquered Mount Everest in 1953.
(Get detailed and live results of each and every seat in the Lok Sabha elections and state Assembly elections in Andhra Pradesh, Odisha, Arunachal Pradesh and Sikkim to know which candidate/party is leading or trailing and to know who has won and who has lost and by what margin. Our one-of-its-kind Election Analytics Centre lets you don a psephologist’s hat and turn into an election expert. Know interesting facts and trivia about the elections and see our informative graphics. Elections = News18)