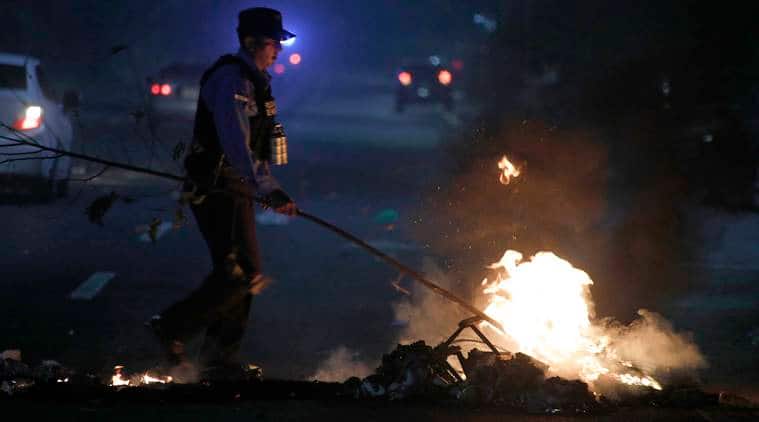 Riot police ended a three-day work stoppage Friday but warned Honduras’ government they will not crack down on thousands who continue to protest in the streets demanding President Juan Orlando Hernandez resign.

“We will not repress our people anymore and we will respect their human rights,” an officer with his face covered told journalists outside a station, accompanied by fellow officers.

The striking police won concessions on better food and pay hikes after extensive negotiations. Earlier this week they forced the national police chief from his headquarters by launching tear gas and firing guns into the air.

Hernandez said at a news conference that “purged police” were behind the rebellion, though he did not present evidence. In the last five years, his government has made more than 8,000 officers leave the force of 17,000 over purported corruption.

Alan Cerrato, chief of a police clean-up commission, announced that he would punish the rebellious officers severely, although the government said it would not. A similar police strike took place in December 2017 when a group of officers declared a work stoppage to demand better salaries. 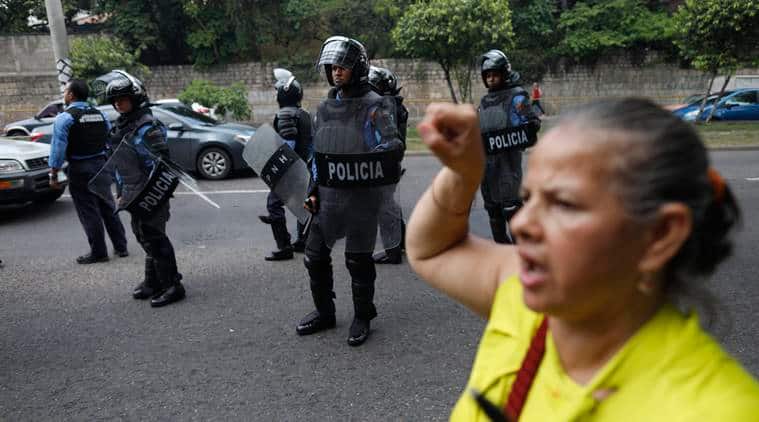 At least three people have died in the disturbances, including a 17-year-old Friday, and 20 have been injured, mostly by bullets, according to police and the country’s main hospital. Twenty-five people have been detained for looting.

The protests began with medical workers and teachers opposing measures they argued would privatize the medical and education sectors, something authorities denied.

For weeks they have blocked roads and chanted “JOH out!” a reference to the president’s initials.

Hernandez said in televised remarks that he will not resign and intends to leave office two years and two months from now, when his term ends. Hernandez was re-elected in 2017 despite a constitutional ban on second terms for presidents. The vote was marred by irregularities, and the opposition considers it to have been fraudulent.

Fuel began arriving at gas stations in the capital, Tegucigalpa, on Friday, after a two-day transportation strike led to shortages.