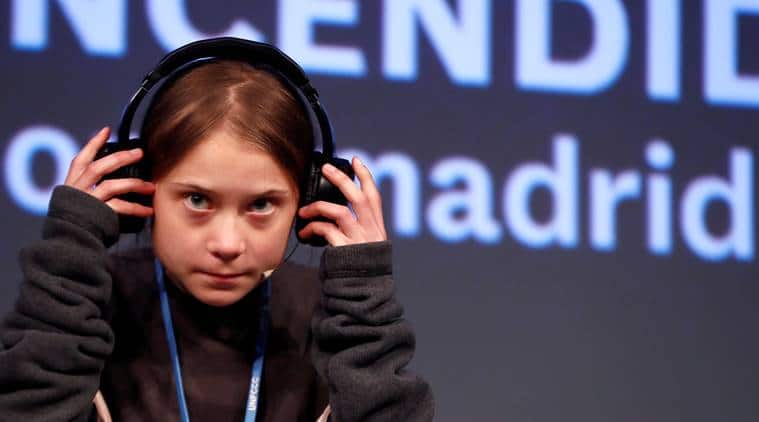 Teenage climate change activist Greta Thunberg brought some excitement on Friday to the otherwise dreary proceedings of Madrid climate talks that is trying to wrap up some unfinished business of Paris Agreement rulebook.

Thunberg, 16, now the most recognised face of climate activism, dropped in at the conference venue on Friday morning, having come into Madrid on a train from Lisbon on Thursday night. But she was mobbed by the large contingent of international press and hundreds of other activists at the venue, forcing her to leave in a huff.

She spoke to media for a few minutes, saying young people like her were bringing change and therefore attempts were being made to silence them.

Later in the evening, Thunberg participated in a massive demonstration in the city centre in Madrid in which thousands of people turned up demanding greater action from countries to fight climate change.

Thunberg and others have been demanding that countries scale up their current efforts on climate action in view of mounting evidence that the world was not doing enough to prevent the catastrophic impacts of climate change. But raising the ambition of climate action is not even on the agenda of the Madrid conference. If some countries do announce any enhancement in their current efforts, it would be outside the formal process of the UN negotiations. 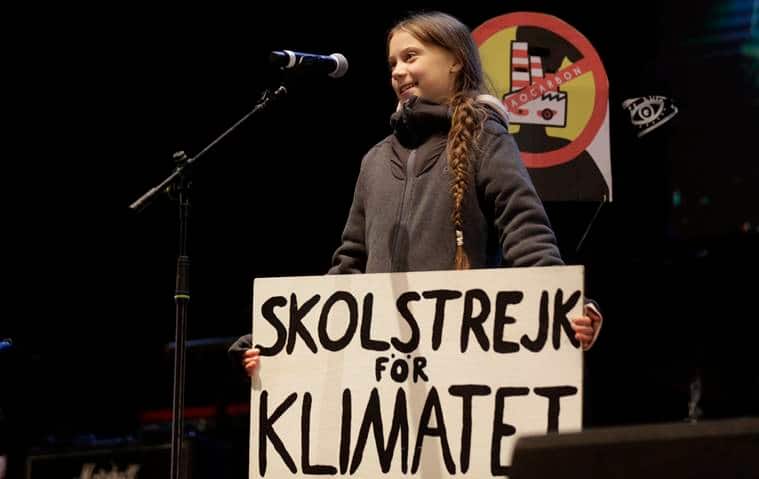 A similar effort to get the countries to commit to greater action was made by the UN Secretary General Antonio Guterres when he organised a special climate summit on the sidelines of the General Assembly session in New York in September. At that summit, many countries did commit to some long-term action like a commitment to ensuring a carbon-neutral economy by 2050, but the large and influential countries, whose actions are key to global climate strategy, have been holding out.

At the conference on Friday, India welcomed the fresh commitments made by some countries in New York in September, but, stressing on the primacy of the formal process, argued for bringing in these new promises within the ambit of the 2015 Paris Agreement so that these are better accounted for.

India also reiterated its demand that the unfulfilled promises of the developed countries in the pre-2020 period cannot just be forgotten. It demanded that the final decisions of the Madrid conference should include provisions asking the developed countries to deliver on their pre-2020 commitments under the Kyoto Protocol which is expiring next year — not just on their emission reduction targets, but also on their obligation to provide finance and technology to developing countries.

It said fulfilling the pre-2020 promises was the only way to demonstrate the international community’s seriousness in dealing with the climate change crisis. India also called for a special report that would analyse the gaps that exist in the actions that are required to be taken, and those that are currently being taken by the countries. The report could also contain suggestions to close this widening gap, it said.