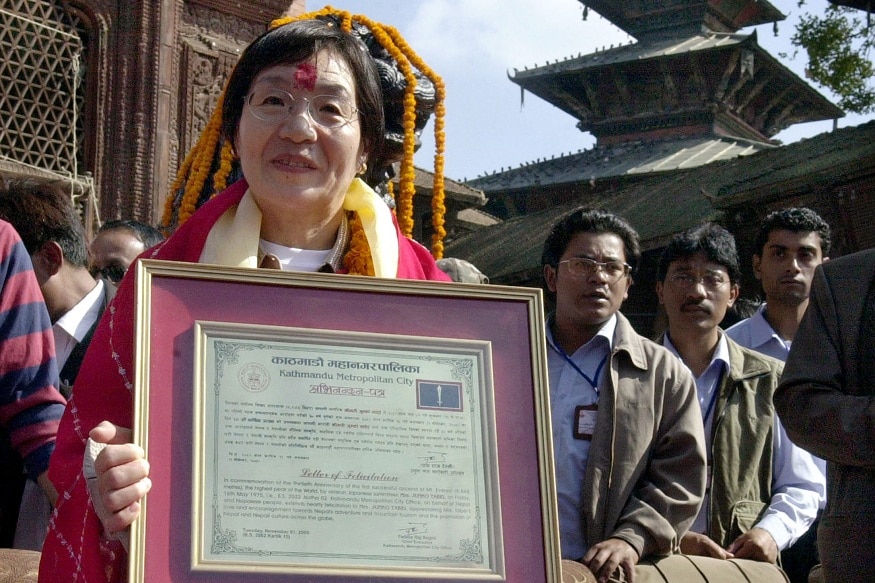 Google celebrates the 80th birth anniversary of Japanese mountaineer Junko Tabei, the first woman and 36th person to reach the summit of Mt. Everest. She was also the only woman to have reached the highest peaks on each continent.

The doodle depicts the 4-foot-9 (144.8 centimeter) mountaineer scaling heights. Tabei also became the only woman to have reached mountaintops in 76 different countries. Even when battling illness, she continued climbing.

Her advice to people was, “Do not give up....Keep on your quest.”

Born in 1939, she was brought up in Miharu, a small town in Japan’s Fukushima Prefecture. It was a school trip to Mount Nasu that introduced her to the joy of climbing at the age.

Tabei, who wished to be remembered as the 36th person tohave climbed Mount Everest had said, “I did not intend to be the first woman on Everest.”

However, the mother of two made history in 1969 when she founded Japan’s first Ladies Climbing Club, defying the traditional notion that women should stay at home and clean the house.

The Everest expedition started in the spring of 1975 with 15 climbers and 6 sherpas. At an elevation of 9,000 feet (2,743.2 meters), their camp was buried by an avalanche. After 3 days of recovery, Tabei continued with the climb, reaching the summit on May 16, 1975, accompanied only by the sherpa Ang Tshering.

She received congratulations from Japan’s Emperor, Crown Prince, and Princess, among others for her feat. “It took two months until I could settle at home,” she recalled. “My three-year-old daughter was scared of all the cameras."