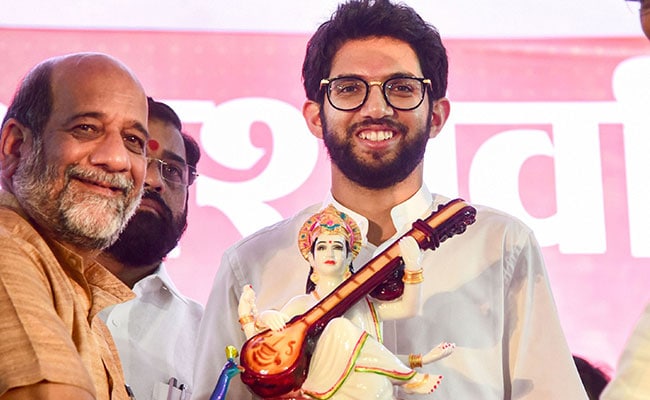 Aaditya Thackeray debuted in politics when his grandfather and Shiv Sena patriarch Balasaheb Thackeray told a huge crowd that he was the future of the party. He handed him a sword to symbolically appoint him the leader of the Yuva Sena, the party's youth wing.

But a controversy dominated his first media spotlight in 2010. He objected to writer Rohington Mistry's Booker nominated "Such a Long Journey" being a part of the Mumbai University syllabus. Upset over what he said were "profanities" in the criticism of his grandfather's Shiv Sena in the book, Aaditya Thackeray led a book-burning campaign. The book was finally taken off the syllabus.

The youngest Thackeray made an impression, even though he came across as a chip off the old block. He had tried to explain to NDTV then, "It has been misconstrued and misrepresented in the media. The issue was simple. A couple of teachers came to me and said there are certain pages in the book which we cannot read out or teach students in classrooms. The book had a lot of profanities." 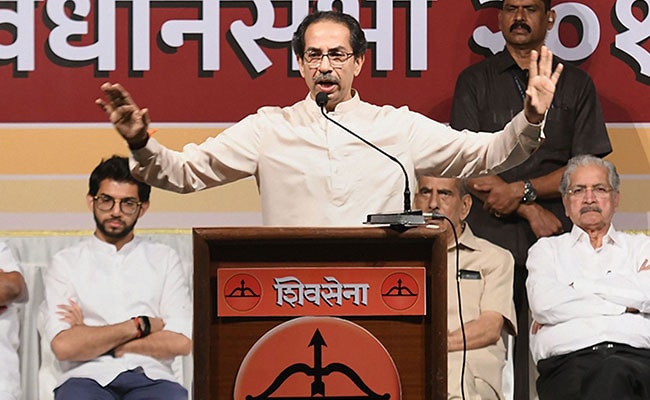 He was criticised too; such a campaign was inexplicable for a young man known to be a writer. Aaditya Thackeray became a published poet in 2007, with the book "My Thoughts in White and Black". A year later, he released a private album "Ummeed", for which he wrote eight songs.

Over the years, Aaditya Thackeray has sought to soften, tweak and edit that image to better suit his party's attempts to win over a section of the population it had neglected for years - the youth.

Despite his high profile entry into politics, Aaditya, at 24, was too young to contest the 2014 Maharashtra election. The focus on his age upset him. "Issues were raised about my age more than the message of unity and that hurt me because if people look at 24 as immature and someone who is not capable of taking decisions then why have you given us rights to vote for the government," he said.

Thackeray junior has come a long way since then. He is apparently in charge of the Shiv Sena's messaging and campaign while his father Uddhav Thackeray, the Sena chief, focuses on alliance talks and other political matters. 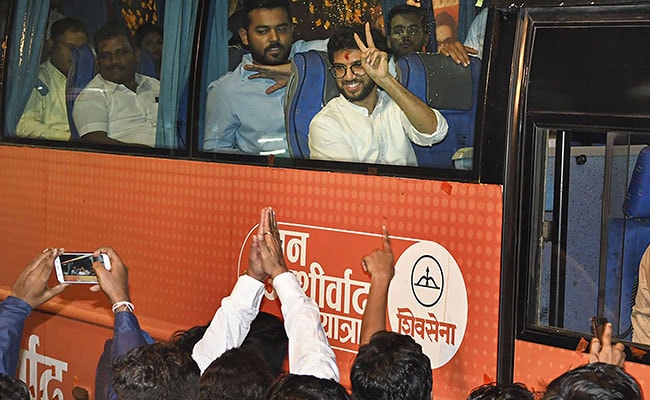 Aaditya Thackeray is a key face of the Shiv Sena in the campaign for the 2019 Maharashtra elections.

To an extent, Aaditya, who is passionate about poetry, football and photography, has been able to transform the Sena's image from a party of street fighters and protesters.

He has also emerged as the more liberal and affable face of the Sena, taking up issues ranging from the revival of Mumbai's night life to open air gyms and electric buses through the BMC, the Brihanmumbai Municipal Corporation.

But he has faced criticism too. Many have questioned him for on the need to procure penguins for the Mumbai Zoo. He has been attacked by ally BJP for his stance on the cutting of trees at Aarey Colony in Mumbai for a Metro car shed.

In the coming elections, Aaditya is expected to take on many of the campaigning responsibilities from his father as he preps to take charge of the Sena.