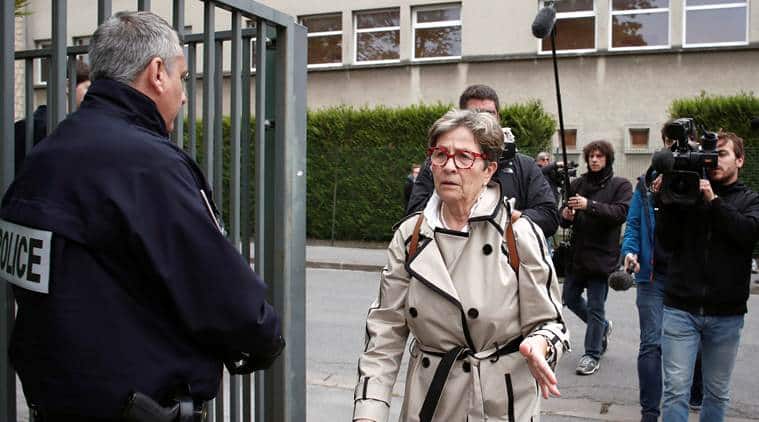 A French appeals court on Monday ordered doctors to resume giving food and water to a French quadriplegic, lawyers said, some 12 hours after medics switched off the man’s life support against his parents’ will. The fate of Vincent Lambert has renewed a fierce debate over the right to die that has split his family and the country.

“The feeding and hydration of Vincent must be restarted without delay,” declared Jean Paillot, a lawyer for Lambert’s parents who launched multiple legal bids to keep his care going. “It’s a huge victory, and only the first.”

The 42-year-old former psychiatric nurse has been in a vegetative state since a motorcycle accident in 2008. He has almost no consciousness, but can breath without a respirator and occasionally moves his eyes.

His wife, Rachel, and some of his siblings say care should be withdrawn. But Lambert’s Catholic parents, backed by other relatives, say he should be kept alive and have launched a series of legal bids to keep his care going.

His doctors in the northeastern city of Reims said earlier this month that they would start withdrawing care after all legal avenues had been exhausted.

Earlier on Monday, the medical team stopped feeding Lambert food and water through a gastric tube and was administering sedatives. Lambert’s mother, Viviane, branded them “monsters”.

Lambert’s parents filed a last-ditch legal bid to keep him alive at the European Court of Human Rights and appealed to French President Emmanuel Macron to intervene.

“LET HIM GO” The Strasbourg-based tribunal declared there was no violation of Lambert’s right to life in the medics’ decision while the French president said the decision on Lambert’s fate did not rest with him.

“But it is for me to hear the emotion that has been stirred and to respond,” Macron added in a statement on Facebook. “All the medical experts have concluded that his condition is irreversible.”

However, in a stunning twist, the Paris Appeal Court ruled that doctors must respect a May 3 request made by the U.N. Committee on the Rights of Persons with Disabilities to the French government that it prevent the euthanasia of Lambert while his case is examined.

Euthanasia is illegal in France, but in 2016 a law was introduced giving terminally ill patients the right to be put into continuous deep sedation (CDS) by doctors until death. The law draws a distinction between euthanasia and CDS, making France the first country to legislate in such a way.

“We cannot keep him like this, as a vegetable for decades,” said 70-year-old Parisian Marie-Laure Jean. “There have been court rulings, the doctors have given their advice. We have to let him go.”

But pensioner Caroline Lorsin saw the other side: “I’m putting myself in his parents’ shoes. It must be hard for them.”

Euthanasia is permitted in various forms in the Netherlands, Belgium, Colombia, Luxembourg and Canada, while assisted suicide, which involves a doctor helping a patient to end their own life, is permitted in several U.S. states.