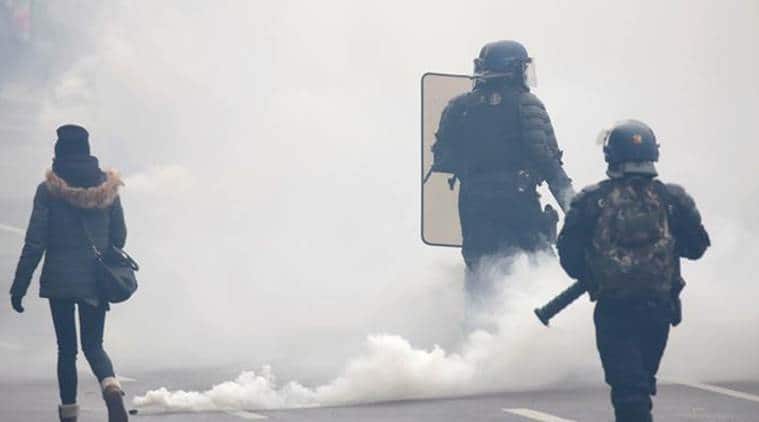 In northwest Paris, police dislodged demonstrators trying to block the bypass around the city and fired tear gas to push back protesters who were preparing to march across town towards the Gare d’Austerlitz in the south.

Demonstrations took place across France on Saturday, which notably occurred around traffic circles where the grassroots yellow vest protest began a year ago.

The yellow vest movement, named for the breakdown vests found in french automobiles which the demonstrators wore, began in November 2018 in opposition to a fuel tax, with many protests involving blocking roads and highways.

The demonstrations, which occasionally turned violent, evolved into an anti-government uprising against Macron and his policies seen as favoring the rich. At its peak, the protest drew up to 300,000 people around the country.

The movement has since lost steam, going from tens of thousands of demonstrators to a few thousand. However, the leaders of the protest called on supporters to re-mobilize on Saturday to celebrate the movement’s first anniversary.