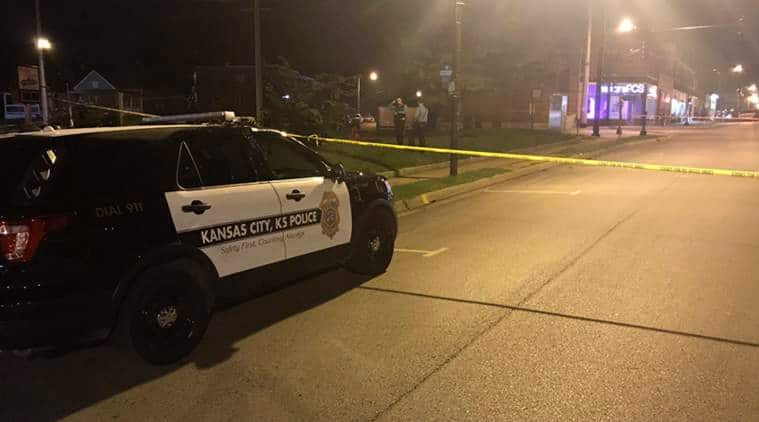 Police were searching Sunday for two men who opened fire at a bar in Kansas City, Kansas, killing four people and wounding five others.

Police Officer Thomas Tomasic said authorities believe the shooting around 1:30 a.m. Sunday at Tequila KC Bar stemmed from an earlier altercation. He said the two gunmen had apparently gotten into a dispute with some people inside the bar, left, then returned with handguns. No one has been arrested.

All four men who were killed were Hispanic, but Tomasic said authorities do not believe the shooting was racially motivated. The shooting happened in a largely Hispanic neighborhood.

Police did not release any additional information about the victims.

Tomasic cautioned that police are still investigating exactly what happened. He said they were reviewing surveillance video and interviewing witnesses while looking for the gunmen.

Juan Ramirez, of Kansas City, Kan., told The Kansas City Star that his 29-year-old nephew was among those killed. He said his nephew left behind a 6-year-old son and a 4-year-old daughter. “I don’t wish this upon anybody,” Ramirez said.

UP Man Dragged Out Of Home At Night, Tied To Tree, Burnt Alive