For G7, 'Too Early' to Reintegrate Russia: Diplomatic Sources 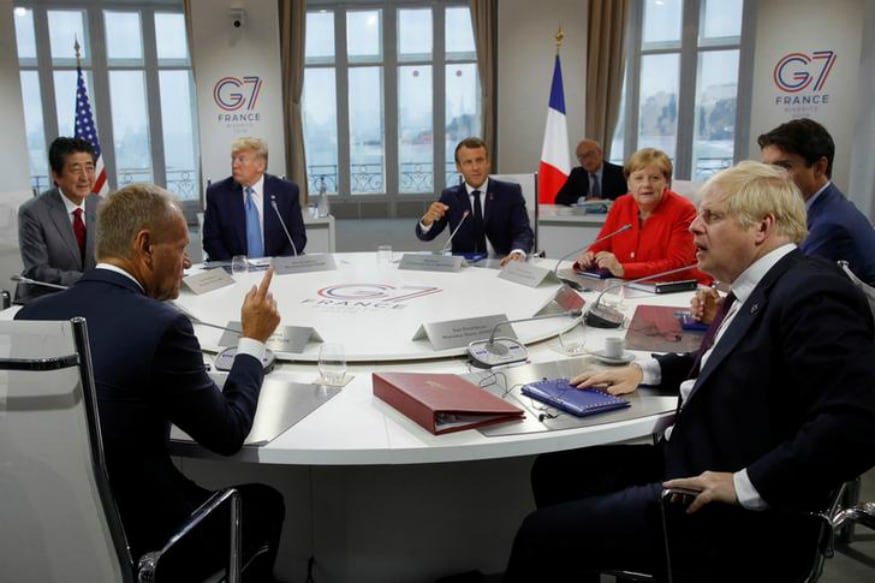 Biarritz: G7 leaders back strengthening cooperation with Russia after its expulsion from the group in 2014 but believe it is too early to reintegrate Moscow and return to a G8, diplomatic sources said Sunday.

"The leaders of the G7 are in favour of reinforcing coordination with Russia on current crises (but)... it is too early for reintegration," said a diplomatic source, who asked not to be named.

Russia was thrown out of what was the G8 in 2014 after it seized Ukraine's Black Sea peninsula of Crimea, an annexation never recognised by the international community.

The G7 now brings together Britain, Canada, France, Germany, Italy, Japan, and the United States. The source added the seven leaders agreed the position on Russia during the summit's opening dinner late Saturday.

US President Donald Trump, who will host next year's 2020 summit, has floated the possibility of Russia being allowed back in.

Asked Sunday about inviting Russia to next year's G7, Trump responded: "That I don't know. It's certainly possible." G7 leaders had also mandated French President Emmanuel Macron to send a message to Iran as tensions rise over its nuclear programme, the source said.

"Emmanuel Macron was mandated to talk with Iran and address a message" to the country to avoid an escalation in the region, said the source. Macron on Friday met in Paris with Iranian Foreign Minister Mohammad Javad Zarif and has also held telephone talks with President Hassan Rouhani.