Father of UK Bride Dies Months Before Her Marriage, She Incorporates His Ashes into Wedding Nails 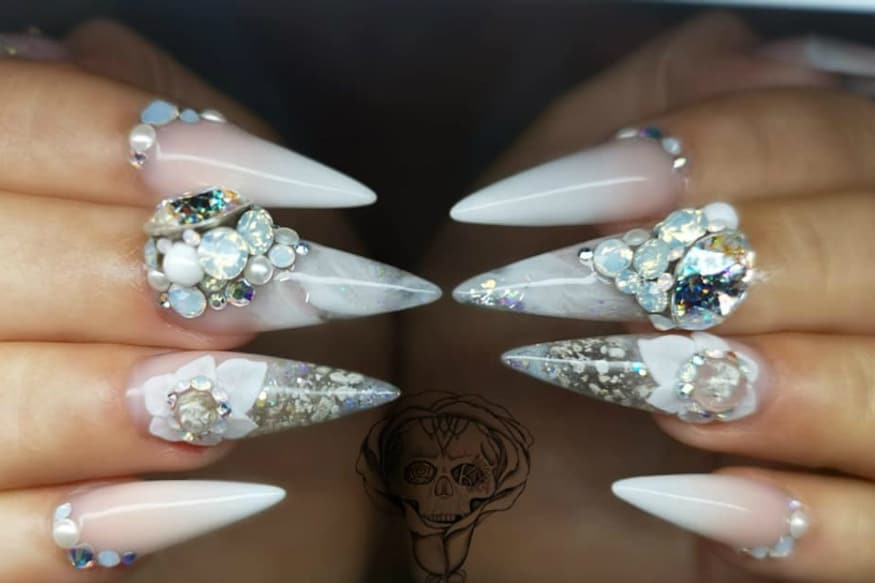 London: A British bride whose father died four months before her wedding still had him with her on the day after his ashes were incorporated into her acrylic nails, a media report said.

When he died shortly before the big day, Charlotte's cousin Kirsty Meakin, who works as a nail artist, had the idea to use his ashes in her design.

"It really felt like he was there," said Charlotte, from Stoke-on-Trent.

Meakin, who has more than a million subscribers on YouTube, said: "The ashes were in a little glass pot and we looked through them and picked the pieces we thought would work."

She said she wanted the ashes to be "suspended in clear acrylic" on Charlotte's nails.

Charlotte said she "couldn't believe" the finished result, which was a pink, grey and white design finished off with gems.

Besides the nails, her father was included in the day in many other ways, including in pictures on the back of her shoes; in a pendant attached to her flowers; a teddy made from one of his jumpers; and a pair of jeans.