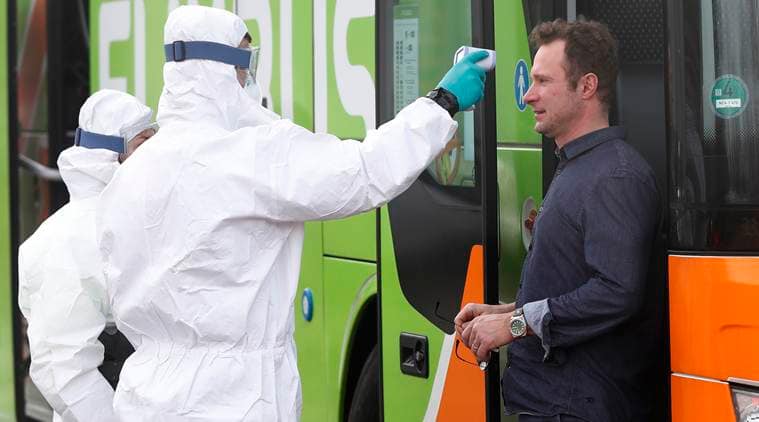 A man wearing protective face mask walks through Waterloo station, as the number of coronavirus cases grow around around the world, in London, Britain, March 10 2020. REUTERS/Henry Nicholls

So much for keeping business rolling during the coronavirus pandemic.

The Council on Foreign Relations has canceled a roundtable called “Doing Business Under Coronavirus” scheduled for Friday in New York due to the spread of the infection itself. CFR has also canceled other in-person conferences that were scheduled from March 11 to April 3, including roundtables in New York and Washington and national events around the U.S.

The CFR’s confabs are joining a long list of canceled or postponed gatherings, including the annual New York auto show. The Greater New York Automobile Dealers Association said Tuesday that the car show will be rescheduled to late August.

Events in metro New York are coming under close scrutiny due to an increase in cases in the city and, in particular, an outbreak in the suburb of New Rochelle. The National Guard will be sent to the town to help close public gathering spaces in an effort to slow the spread of the outbreak, Governor Andrew Cuomo said at a press conference.

Across the U.S., the spread of the novel virus has so far scuttled more than 50 major corporate events with an estimated attendance of almost 1 million people, according to data collected by Bloomberg News.

Easy DIY masks to solve all your hair issues