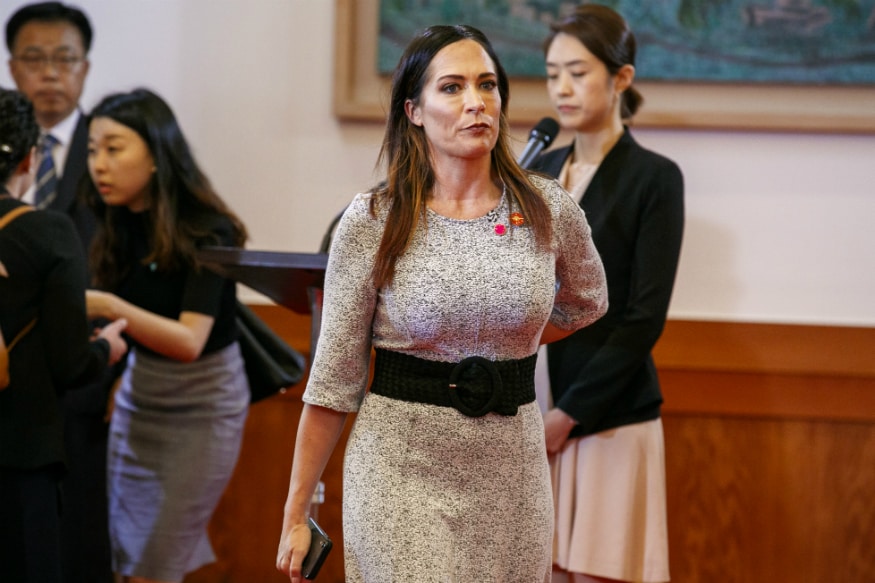 White House press secretary Stephanie Grisham stepped down from her post on Tuesday and assumed a new role as chief of staff to first lady Melania Trump.

Grisham was appointed White House press secretary in June last year. However, she never held a single formal press briefing since her appointment.

The White House said Grisham would now become spokesperson and chief of staff for Melania.

"I am excited to welcome Stephanie back to the team in this new role," the First Lady announced on Tuesday.

Grisham, 43, would replace Lindsay Reynolds who resigned early this week to spend time with her family.

"She has been a mainstay and true leader in the administration from even before day one, and I know she will excel as Chief of Staff. I appreciate all that Lindsay Reynolds did over the past three years, and wish her well in her future endeavors," Melania said.

Grisham will begin her role as Chief of Staff with immediate effect.

"I continue to be honoured to serve both the President and First Lady in the administration. My replacements will be announced in the coming days and I will stay in the West Wing to help with a smooth transition for as long as needed," she said.

Before, President Donald Trump started his daily briefings some two weeks ago on coronavirus, the White House had no press briefings by its spokesperson for one year.