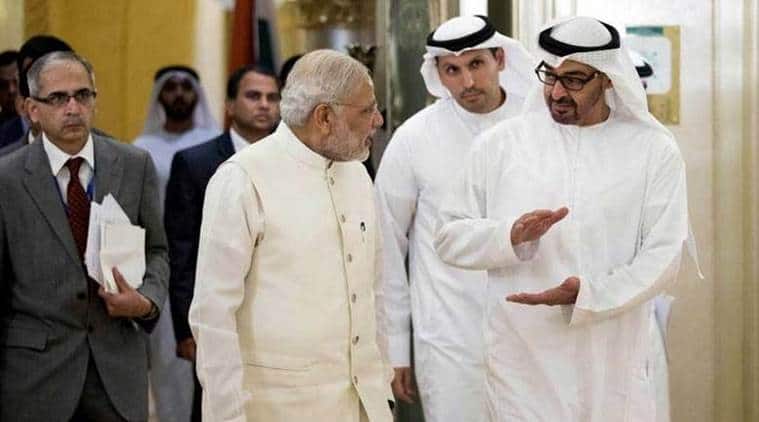 The United Arab Emirates(UAE) on Monday said its played an important role in reducing the recent Indo-Pak tensions by giving “words of wisdom” to the leadership of both countries for sorting out differences in a peaceful manner.

UAE’s ambassador Ahmed Al Banna, however,clarified that the United Arab Emirates did not mediate between the two countries and that the aim of its efforts was to decrease the tensions which had spiralled in the wake of the air strike by Indian jets at a Jaish-e-Mohammed(JeM) terror camp in Balakot, Pakistan, post the Pulwama terror attack.

Referring to Abu Dhabi Crown Prince and deputy commander of the armed forces Mohamed bin Zayed al-Nahyan’s telephonic conversation with Prime Minister Narendra Modi and his Pakistani counterpart Imran Khan at the peak of tensions between the two neighbours, the UAE envoy, while speaking at an interaction at IIT-Delhi, said,”We played an important role in reducing the (Indo-Pak) tensions that took place.”

“On the day there was a huge escalation, there was a phone call from our Abu Dhabi Crown Prime to Prime Minister Modi and to the Pakistan Prime Minister,” he said, replying to a question on UAE’s role in de-escalating Indo-Pak tensions.

“Our role was to give words of wisdom and try to sort out the differences in a peaceful manner just like the UAE has done in its relationship with Iran,” he said.
On whether the UAE had successfully mediated in reducing Indo-Pak tensions, Al Banna said: “We did not mediate. When you talk about mediation there has to be a request from both parties. We tried to decrease tensions by using our special relationship (with the two countries).”

To another question on India’s presence at the Organisation of Islamic Cooperation Foreign Ministers meet in Abu Dhabi earlier this month, he welcomed New Delhi’s participation.

Asked about Kashmir being raised by the Islamic grouping, the envoy stressed that the declaration made in Abu Dhabi at the OIC meeting made no mention of the “Kashmir problem”.

UAE envoy also said that there was strong cooperation between India and its country on counter terrorism. “We would like to enhance counter-terror cooperation. We want to stop this nonsense of killing innocent people…Islam has been hijacked by some of those terrorists and they have hijacked the actual purity of Islam,” Al Banna said.

Asked if the UAE had given any message to Pakistan on terror sanctuaries, Al Banna said: “Without mentioning any specific person, name or country, the UAE has a long standing (position of) preventing, fighting act of terrorism and those radical organisations, so we work with all partners in the region to make our region a peaceful region.”

In his speech at the event, the envoy said it was the UAE and Saudi Arabia that covered the shortage of oil for India after Iran sanctions.

"No Time To Waste": Biden 'Gets Right To Work' After Inauguration