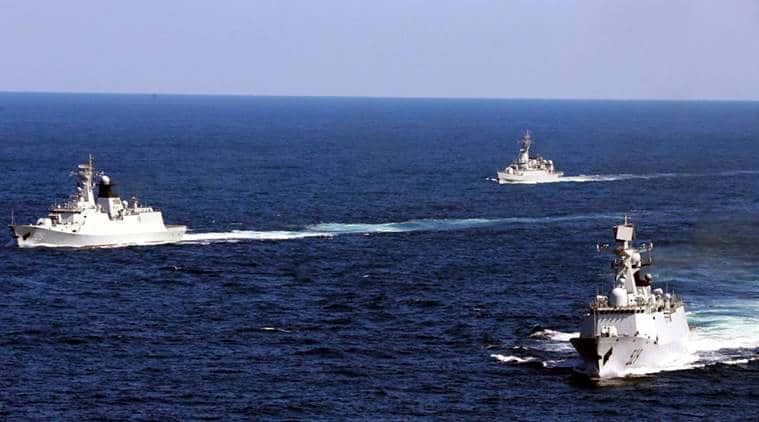 China has launched its first amphibious assault ship, which would enable ground forces to carry out attacks on enemy territory from sea. The ship was launched in Shanghai on Wednesday, state-run Xinhua news agency reported.

With a strong capacity in amphibious operations and performing a variety of tasks, the ship is independently developed by China, the report said. The ship will next undergo equipment debugging, mooring and navigational trials as planned, it said. The ship will have a strong capability to carry out amphibious combat and other tasks, state-run China Daily said quoting a statement from the Chinese navy.

Observers familiar with the People’s Liberation Army (PLA) Navy’s hardware have pointed out that the new ship is the first in the Type 075 class of amphibious assault ship, which is also defined as a type of landing helicopter dock, the report said.

In a major rejig of its military doctrine, China since 2013 has stepped up the development of its navy, which included building several aircraft carriers besides submarines, frigates and assault ships as part of its efforts to expand its global influence.

While the PLA Navy has one aircraft carrier, the Liaoning, which was commissioned in 2012, its second indigenously built aircraft carrier is currently undergoing trials and third one is being built at a feverish pace. China plans to acquire about five to six aircraft carriers in the coming years, according to reports in the official media.

In May, the Chinese navy commissioned two more guided-missile destroyers, taking the total of such ships to 20 with more in the pipeline. China now has 20 Type 052Ds destroyers, either in active service or being fitted out for service soon, official media reports said. Destroyers are fast, highly maneuverable long-distance warships which are also used to accompany the aircraft carriers.

As part of the new military doctrine advocated by Chinese President Xi Jinping, the 2.3 million Chinese military, the largest in the world, has cut down the size of its army by three lakhs in the last few years and expanded its navy and air force manifold to enhance its global influence.

The Chinese navy for the first time in its history has logistic bases in Djibouti in the Indian Ocean and developing Pakistan’s Gwadar port in the Arabian Sea. China also has acquired Sri Lanka’s Hambantota port as a debt swap.