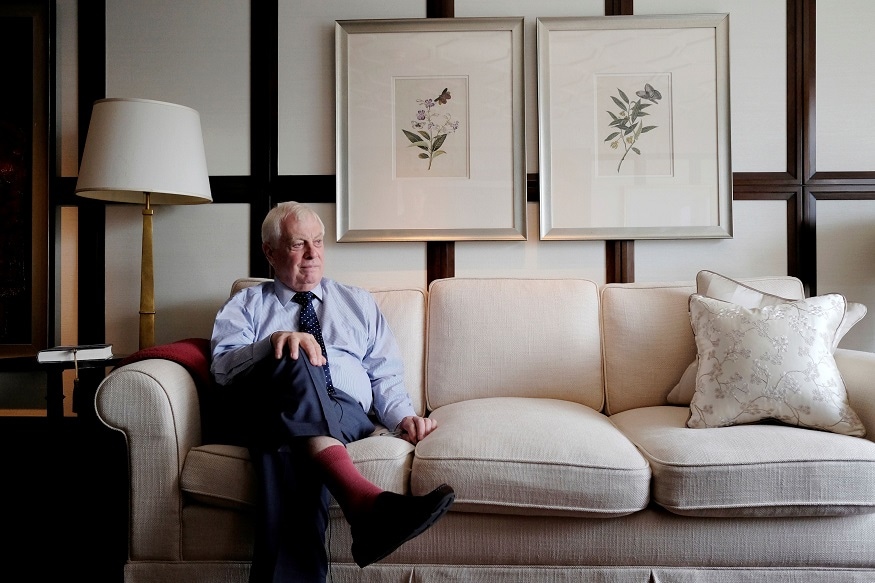 Chinese President Xi Jinping is so nervous about the position of the Communist Party that he is risking a new Cold War and imperiling Hong Kong's position as Asia's preeminent financial hub, the last British governor of the territory said.

Chris Patten said Xi's 'thuggish' crackdown in Hong Kong could trigger an outflow of capital and people from the city which funnels the bulk of foreign direct investment into mainland China.

"What does it mean? It means serious question marks not just about Hong Kong's future as a free society but also about Hong Kong's ability to continue as probably the premier international financial hub in Asia," Patten said in an interview.

"A lot of people will try to leave Hong Kong," Patten said, adding that he feared capital would also flow out of the territory which Britain handed back to China in 1997.

The West, he said, should stop being naive about Xi.

"We have long since passed the stage where, without wanting another Cold War, we have to react to the fact Xi seems to want one himself, seems to want to be able to bully his way to whatever he thinks China wants," Patten said.

Patten, now 76, watched as the British flag was lowered over Hong Kong when the colony was handed back to China in 1997 after more than 150 years of British rule - imposed after Britain defeated China in the First Opium War.