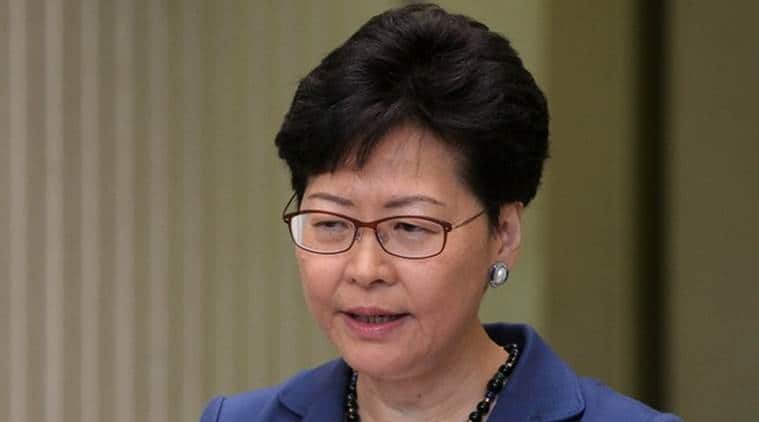 China on Tuesday reacted guardedly to Hong Kong’s embattled pro-Beijing leader Carrie Lam’s declaration that the highly controversial plan to allow the extradition of Hongkongers to the mainland “is dead”, saying it has “nothing more to add” to its endorsement of her June 15 announcement to suspend it.

The Chinese government has backed Lam’s move on June 15 to suspend the Fugitive Offenders and Mutual Legal Assistance in Criminal Matters Legislation (Amendment) Bill 2019 following violent protests by lakhs of people. After her plans to suspend the bill was rejected by protestors who continued to stage mass demonstrations, Lam on Tuesday announced that the widely-loathed move to allow extradition to the Chinese mainland “is dead” but again stopped short of protesters’ demands to completely withdraw the bill.

“There are still lingering doubts about the government’s sincerity or worries (about) whether the government will restart the process with the Legislative Council,” she said in a press conference. “So I reiterate here, there is no such plan. The bill is dead,” she said.

Asked how the Chinese central government views Lam’s announcement, Foreign Ministry spokesman Geng Shuang told reporters: “On June 15, after the Special Administrative Region of Hong Kong decided to suspend the amendment, the Chinese government expressed its respect and understanding. I have nothing more to add for the time being”.

While the suspension of the bill was seen as a major setback for China’s increasing hold over the former British colony Hong Kong which was returned to China by the UK in 1997, the continued large scale protests demanding its withdrawal raised concern here over the growing opposition to Beijing among the local people, especially students.

Lam’s latest announcement too met with opposition from the protestors who demanded its complete withdrawal as it still remained dormant in the local legislature.

“The bill is dead, is a political description and it is not a legislative language,” Civic Party lawmaker of Hong Kong Alvin Yeung told the BBC, adding that the bill is still in the process of second reading technically. “We have no idea why the chief executive refuses to adopt the word withdraw,” he said.

One of the leading figures of the protest movement, student activist Joshua Wong, reiterated the demand for the bill to be “formally withdrawn” and accused Lam of using wordplay to “lie to the people of Hong Kong”.
Critics of the legislation argue it would undermine the territory’s judicial independence and could be used to target those who speak out against the Chinese government, the BBC report said.

Hong Kong, a former British colony, became a Special Administrative Region of China in 1997 when Britain’s 99-year lease expired. It has its own judiciary and a separate legal system from mainland China.

The city is governed under the principle of “one country, two systems”, under which China has agreed to give it some autonomy and preserve its economic and social systems for 50 years from the date of the handover. There have been massive violent protests in Hong Kong over a controversial extradition law which the locals apprehend could be used to send political dissidents from Hong Kong to mainland China for prosecution.

Hong Kong Chief Executive Lam, who came under intense criticism at home and abroad, had put off plans to pass the controversial legislation and apologised but the protests continued, calling for its complete withdrawal and her resignation.