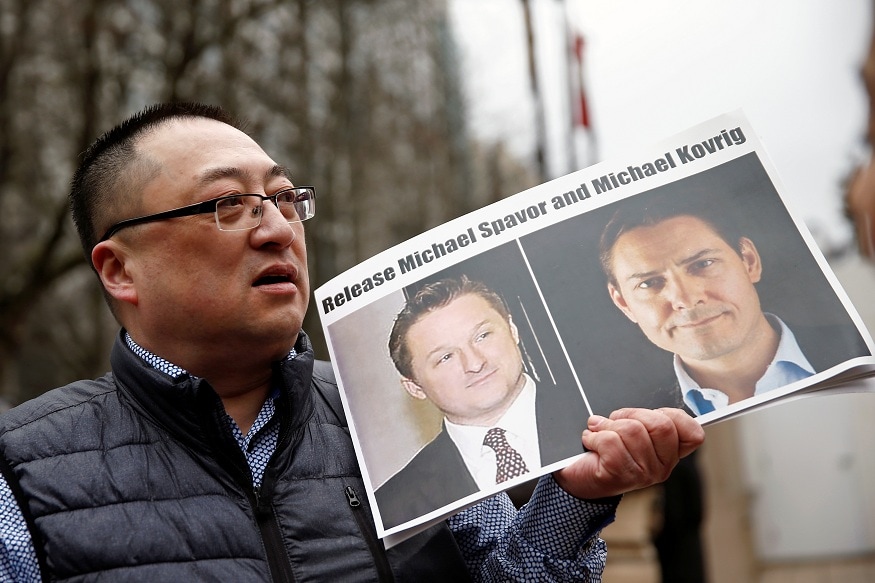 Beijing: China is hinting at upcoming trials for two Canadian citizens held for a year on vague national security charges in what is widely believed to be an attempt to pressure Canada to release Meng Wanzhou, a top executive at Chinese tech giant Huawei.

Foreign ministry spokeswoman Hua Chunying told reporters on Tuesday that the cases of Michael Kovrig and Michael Spavor have been transferred to prosecutors for "review and prosecution in accordance with the law."

Such trials are usually carried out behind closed doors and convictions are virtually assured.

Beijing detained Kovrig and Spavor last December, days after Meng, whose father is Huawei's founder, was arrested in Canada on December 1 at the request of US authorities who want her on fraud charges.

China has also sentenced two other Canadians to death and suspended imports of Canadian canola. Relations between Canada and China are at their lowest point since Chinese troops cracked down on pro-democracy protesters in Beijing's Tiananmen Square in 1989.

Neither Kovrig nor Spavor is known to have had access to lawyers or contact with family members.

Meng is living under house arrest in one of her two luxury mansions in the western Canadian city of Vancouver, where she recently penned a letter contrasting her hectic life as a Huawei executive with her current placid existence as her legal team fights a US deportation request.