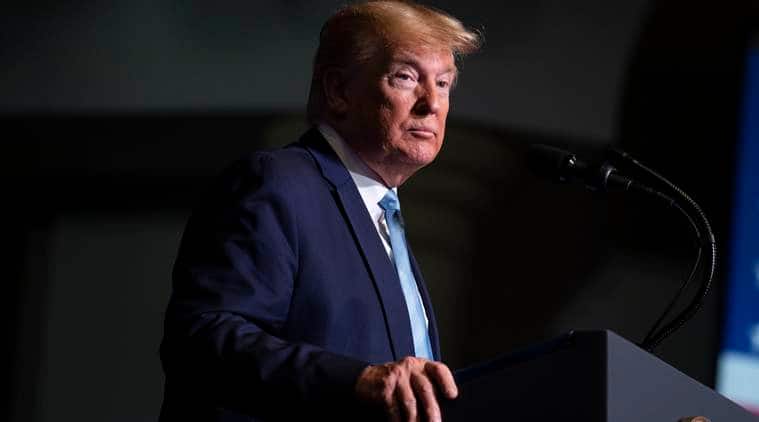 US President Donald Trump has reiterated that he sees “a chance” of a peace deal with the Taliban to withdraw troops from Afghanistan. (File)

Ahead of his visit to India next week, US President Donald Trump has reiterated that he sees “a chance” of a peace deal with the Taliban to withdraw troops from Afghanistan.

The US has been negotiating with the Taliban and Trump earlier, too, suggested there had been progress between the two sides to reduce violence in the war-torn country and end America’s longest war, for 19 years.

Marvin G Weinbaum, Director for Afghanistan and Pakistan Studies at the Middle East Institute, has said the US appears well on its way to signing an agreement with the Taliban later this month. Trump is scheduled to visit India on February 24 and 25.

“Among its provisions, the agreement is expected to call for a seven-day period of reduced Taliban violence, supposedly to test the group’s sincerity and ability to control its forces in the field. The Taliban will also pledge to disassociate itself from al-Qaeda and like-minded terrorist organizations,” Weinbaum said.

According to him, the US will agree to reduce its forces initially by at least 5,000 troops and after a period of time make a full withdrawal. “There will be an exchange of prisoners in which 5,000 or more Taliban fighters will be released in exchange for about 1,000 government troops. Then, 10 days or so after the signing, intra-Afghan talks are supposed to begin,” he said.

The pending agreement, Weinbaum said, is intended to provide the political cover for a US departure from Afghanistan at an opportune time with this an election year.

Also, Trump’s statement has come a day after Afghanistan’s independent election commission announced that Ashraf Ghani has won a second term as president. But the Taliban have refused to accept Ghani’s win, raising doubts that the peace agreement will be signed anytime soon.

“We’d win that so quickly your head would spin. And I’m not talking about nuclear; I’m talking about very conventional. But I’m not willing to kill millions of people,” he added.