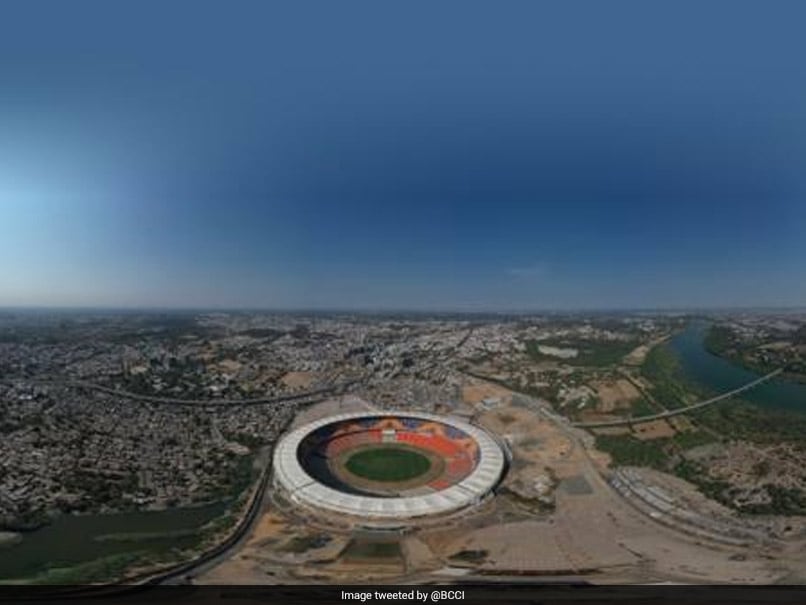 The Board of Control for Cricket in India (BCCI) took to Twitter on Tuesday to share an aerial view of the "world's largest cricket stadium". The Motera Stadium in Ahmedabad is said to have a seating capacity of over 1,10,000, the board confirmed while sharing a picturesque view of the stadium. Earlier, Gujarat Cricket Association (GCA) vice-president Parimal Nathwani had posted a few pictures in January 2019, of the then under-construction stadium and claimed that it will have more capacity than the iconic Melbourne Cricket Ground (MCG).

MCG is currently the biggest cricket facility in the world with a seating capacity of 90,000.

"#MoteraStadium Ahmedabad, India. Seating capacity of more than 1,10,000 World's largest #Cricket stadium," the BCCI tweeted along with a picture of the stadium.

Soon after the board shared the picture, the spectacular view of the stadium made fans go gaga.

According to several media reports, the US President Donald Trump is expected to attend an event at the stadium.

The Sardar Patel Cricket Stadium is likely to host an exhibition game between Asia XI and World XI later this year.

The American President along with the first lady Melania Trump will be attending the welcome event named 'Namaste Trump' at Motera.