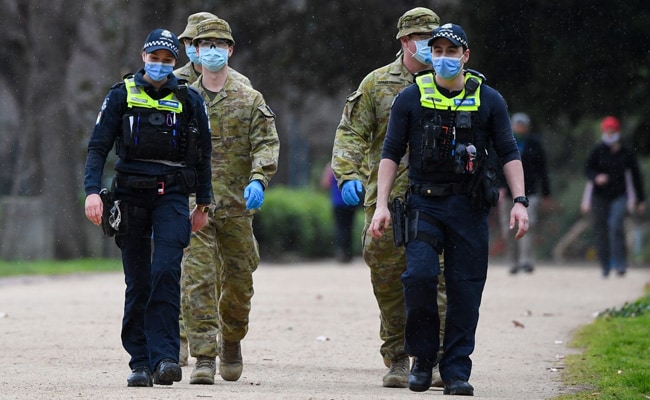 Victoria has reported around or below 400 new daily cases for four consecutive days.

Australia's worst-hit state of Victoria appears to be curbing a virus outbreak after a week of tougher restrictions, authorities said Wednesday, with new cases falling in recent days even as fatalities topped records.

"If you look at the average over the last seven days, we are seeing (numbers) come down," he told a press conference.

The state has reported around or below 400 new daily cases for four consecutive days, raising hopes that an outbreak centred on Melbourne has been contained after numbers soared above 700 in recent weeks.

Authorities last week introduced an overnight curfew and shut down non-essential businesses in Australia's second-biggest city until at least September 13 -- the toughest rules imposed in the country since the pandemic began.

"But with compliance up... and these measures in place, our experts remain firm in the view that this will drive the numbers down," he said.

He said success would depend on people respecting the lockdown rules. "That's what's terribly, terribly challenging."

The virus has ravaged Victoria's aged care homes, with more than 100 residents dying since early August and almost 2,000 active infections linked to the facilities.

Elsewhere in Australia, most regions are enjoying relaxed restrictions as they continue to report few or zero new cases of COVID-19.

Only New South Wales state has been consistently detecting significant numbers of cases since an outbreak emerged in mid-July after an infected Melbourne man visited a packed Sydney pub.

Premier Gladys Berejiklian said the country's most populous region remained "on high alert" due to small but persistent numbers of cases that could not be traced to any known source.

"Whilst numbers have remained stable in New South Wales for the past month, we can't be assured of that moving forward," she told reporters in Sydney.

Berejiklian urged people to wear masks in public to prevent the spread of COVID-19, hinting face coverings could become mandatory if voluntary take-up did not improve.

Australia has recorded just over 22,000 cases of coronavirus to date, with 352 deaths from the virus.