At Ease in Paris! UK's Boris Johnson Puts His Feet Up on Table in French President Macron's Palace 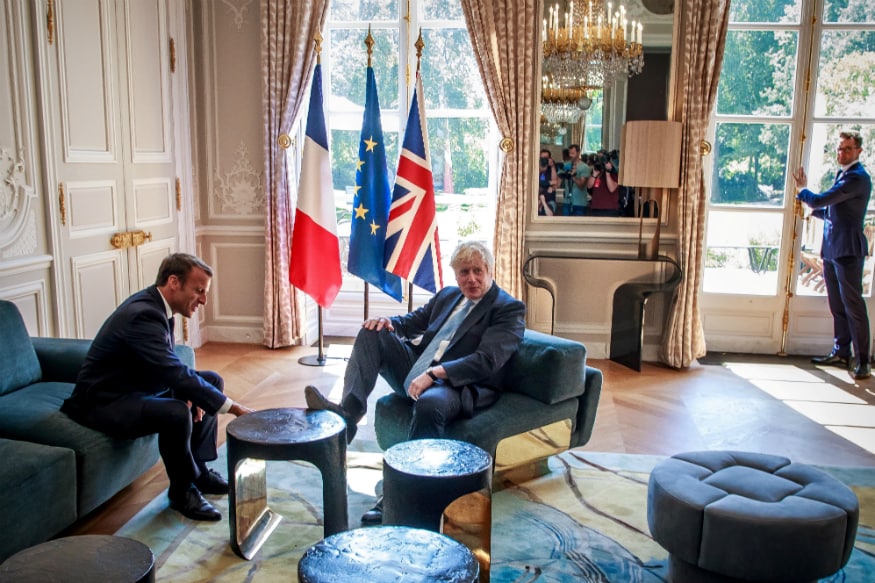 Paris: British Prime Minister Boris Johnson may have taken a month to embark on his first trip abroad, but he was quick to make himself at home in President Emmanuel Macron's gilded palace, putting his feet up on the furniture.

Never shy to play the clown during his political career, Johnson was filmed joking to the cameras and briefly resting his foot on a coffee table at the Elysee palace, before waving at photographers in the room. Macron watched on, looking amused.

The scene took place after Johnson and Macron addressed journalists in the Elysee courtyard, during which Macron warned there was not enough time to wholly rewrite Britain's Brexit divorce deal before an Oct. 31 deadline.

The Elysee later said the talks had been "constructive" and "thorough."