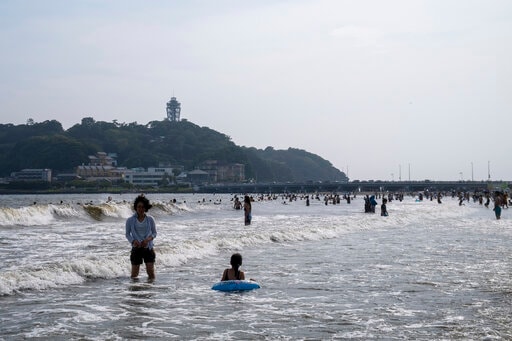 Victoria state, which includes Melbourne, reported 331 new cases and 19 more deaths from COVID-19, equaling the record number of deaths set a day earlier. The number of new infections was less than half the peak days in recent weeks.

Meanwhile, health authorities in Sydney were investigating a growing cluster of cases centered around a private Catholic school.

The state of New South Wales, which includes Sydney, reported 22 new cases, including eight that are linked to the school cluster.

In other developments in the Asia-Pacific region:

Mainland China and semi-autonomous Hong Kong saw declines in their recent outbreaks Tuesday. The number of new community infections in China fell to 13, all in the northwestern region of Xinjiang. Hong Kong counted 69 new cases. The mainland also saw 31 new cases brought by Chinese travelers from abroad. China requires testing and a two-week quarantine of all new arrivals and has barred most foreigners from entering the country. The National Health Commission said 794 people are in treatment for COVID-19, while another 288 are being monitored in isolation for showing signs of the illness or testing positive for the virus without displaying symptoms.