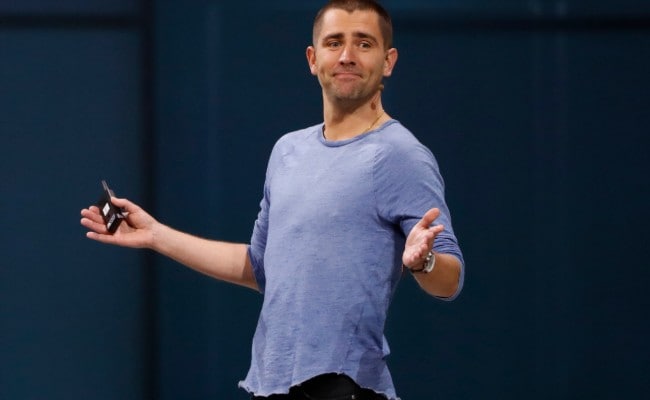 Facebook's top executive in charge of all products, Chris Cox, the longtime confidant of CEO Mark Zuckerberg, is leaving the company, the highest-level departure at the social media giant amid nearly two years of sustained crises.

Cox's unexpected departure, which he and Zuckerberg announced in separate Facebook posts Thursday, comes months after Cox was promoted in a major reorganization. In May, Cox was put in charge of Facebook's "family of apps," including Instagram, Messenger, WhatsApp and Facebook itself - which together have over 2.7 billion users worldwide. These apps have been distinct until recently, when Zuckerberg announced plans to unify them under with a new focus on privacy.

"It is with great sadness I share with you that after thirteen years, I've decided to leave the company," Cox wrote in his post. "Since I was twenty-three, I've poured myself into these walls. This place will forever be a part of me." Cox didn't offer any explanation for his departure.

In his blog post, Zuckerberg said that Cox had told him several years ago that he planned to move on, but that Cox decided to hold off on leaving until the company made more progress combating misinformation and Russian interference - controversies that erupted in the wake of the 2016 election.

"At this point, we have made real progress on many issues and we have a clear plan for our apps, centered around making private messaging, stories and groups the foundation of the experience, including enabling encryption and interoperability across our services," Zuckerberg wrote. "As we embark on this next major chapter, Chris has decided now is the time to step back from leading these teams."

The company is facing multiple federal investigations over data privacy, stagnating user growth in its most lucrative markets, and a record-low reputation with the public. It is also embarking on a major reshuffling of its leadership.

In his post, Zuckerberg announced further reorganization of the company's top ranks and the departure of Chris Daniels, another executive who ran Internet.org, the company's philanthropic project to promote global internet access, and was recently promoted to lead WhatsApp.

Cox, who dropped out of a Stanford University graduate degree program to work with Zuckerberg when the company had just 15 engineers, was widely seen as one of the most popular and capable executives at the social network - and a potential replacement CEO, were Zuckerberg to leave. (Zuckerberg has said he has no plans to do so.)

Perhaps more than anyone else at Facebook - even more than COO Sheryl Sandberg - Cox was a sounding board for Zuckerberg on product ideas. He launched Facebook's flagship scrolling news feed nearly a decade ago and ran human resources before he was promoted to run the Facebook app in 2014.