After Donald Trump Mocks Greta Thunberg With 'Chill, Go To Movies' Barb, She Does This… US President Donald Trump on Thursday slammed Time magazine's naming of Greta Thunberg as 2019 Person of the Year, saying the Swedish teen climate activist should "chill" and go see a movie.

"So ridiculous. Greta must work on her Anger Management problem, then go to a good old fashioned movie with a friend! Chill Greta, Chill!" he tweeted.

So ridiculous. Greta must work on her Anger Management problem, then go to a good old fashioned movie with a friend! Chill Greta, Chill! https://t.co/M8ZtS8okzE

Thunberg's reply came minutes later, when she changed the bio of her Twitter account to: "A teenager working on her anger management problem. Currently chilling and watching a good old fashioned movie with a friend."

The exchange came after Time on Wednesday the 16-year-old, who last year launched the "Fridays For Future," protest against global warming that has since grown into a worldwide movement and seen her tipped as a potential Nobel laureate. The backlash on social media was swift, with numerous critics assailing Trump for what they saw as bullying, although some high profile tweeters came to the president's defense.

"There's a reason we don't let people run for president until age 35. Greta is a good example," said Scott Adams, the creator of the Dilbert comic strip.

Thunberg has become known for her fiery speeches to world leaders, and was that day in Madrid, where she accused rich countries of "misleading" people into thinking they are taking meaningful action against climate change. 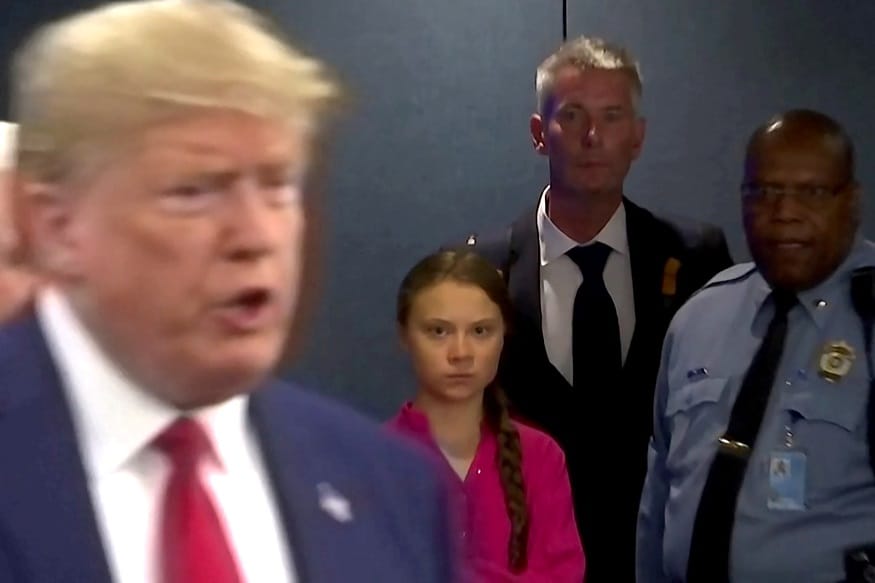 In perhaps her most iconic appearance, she laid in to world leaders at another UN climate summit in New York September, thundering "How dare you?" in accusation of their failure to take action to stop runaway global warming.

She had arrived in the US at the end of a two-week journey on a sailboat -- refusing to fly because of the carbon emissions caused by planes.

Her rhetoric, youth and diagnosis of Asperger's syndrome, a mild form of autism, have made her a frequent target of critics.

Brazilian President Jair Bolsonaro dismissed her as a "brat," and following her September speech in New York, Trump quipped that she is a "very happy young girl looking forward to a bright and wonderful future."

Thunberg's struggle began quietly in August 2018 when she skipped school for the first three weeks, and then on Fridays spent the day outside Sweden's parliament with a sign labeled "School strike for climate."

In a November interview with AFP on the eve of her departure from North America, where she had spent almost three months, Thunberg said Trump's climate change denialism had helped galvanize her movement.

"He's so extreme and he says so extreme things, so I think people wake up by that in a way," she said.

Thunberg and Trump were briefly in the same small room as they arrived for the New York summit, with video showing the teen glowering at the president as he passed by with his entourage.

"I thought when he got elected, now people will finally, now people must finally wake up," Thunberg told AFP.

"Because it feels like if we just continue like now, nothing's going to happen. So maybe he is helping."