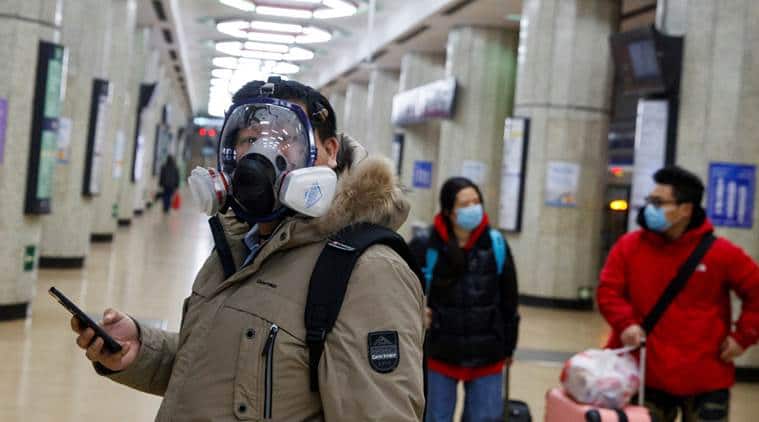 A man wears a face mask at a metro station in Beijing as the country is hit by an outbreak of the novel coronavirus, China, February 24, 2020. REUTERS/Thomas Peter

China’s top legislature said it will immediately ban the trade and consumption of wild animals, in a fast-track decision it says will allow the country to win the battle against the coronavirus outbreak.

The announcement, made late on Monday according to the official Xinhua News Agency, comes after an initial suspension of the trade and consumption of wildlife in January.

Scientists suspect, but have not proven, that the new coronavirus passed to humans from animals. The disease has now killed almost 2,700 people in China and spread to countries around the globe.

Some of the earliest infections were found in people who had exposure to a wildlife market in Hubei’s provincial capital Wuhan, where bats, snakes, civets and other animals were sold.

“There has been a growing concern among people over the consumption of wild animals and the hidden dangers it brings to public health security since the novel coronavirus disease (COVID-19) outbreak,” said Zhang Tiewei, a spokesman for the top legislature’s Legislative Affairs Commission.

Zhang said it was both urgent and necessary for the decision to be made at the “critical moment for the epidemic prevention and control”.

The decision, made by the National People’s Congress, stipulates the illegal consumption and trade of wildlife will be “severely punished” as will be hunting, trading or transporting wild animals for the purpose of consumption.

The use of wild animals for non-edible purposes, including scientific research, medical use and display, will be subject to strict examination, approval and quarantine inspection.

Prior to the announcement, traders legally selling donkey, dog, deer, crocodile and other meat told Reuters they planned to get back to business as soon as the markets reopen.

6.5 Magnitude Quake Hits US State of Idaho, No Damage or Fatalities Reported