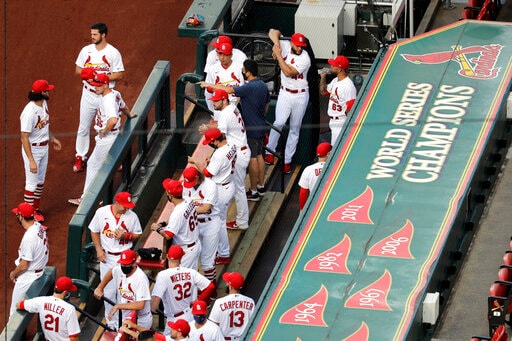 The series was to have been played at Comerica Park from Tuesday through Thursday.

St. Louis has been in quarantine since Thursday in Milwaukee, where the Cardinals’ series last weekend was postponed, and the team is being tested daily.

St. Louis last played July 29 at Minnesota and is tentatively set to resume its schedule this Friday at home against the Chicago Cubs.

The Cardinals are the second team sidelined by the novel coronavirus since the season started July 23.

The Miami Marlins are set to resume play Tuesday in Baltimore following an outbreak within their traveling party that sidelined half the players. Miami has not played since July 26.

Because the outbreak occurred in the visiting clubhouse at Citizens Bank Park, the Phillies were sidelined for a week while they were tested daily.