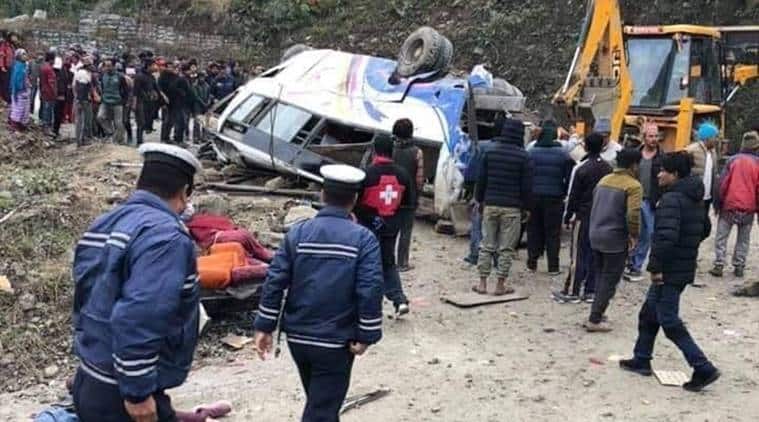 A passenger bus veered off the road and fell some 100 metres along the Araniko Highway in Nepal’s Sindhupalchok on Sunday, killing at least 14 people and injuring 18 others.

The bus was heading towards Bhaktapur from Kalinchok in Dolakha district when it skidded off the highway and plunged down from Chha Kilo area, police said.

Three children and 11 adults were killed in the accident, the Kathmandu Post reported, quoting police.

The injured have been rushed to nearby hospitals, Police Inspector Nawaraj Neupane said, adding that three of them are in critical condition.

The police are yet to ascertain the identity of the victims, the paper said.

Meanwhile, a search is underway for the driver of the bus who is on the run following the accident.

The police have suspected overspeeding and rash driving on the under-construction road section as the reasons behind the accident.

This was the second major road accident in the district within a month.

In November, 17 people were killed when a passenger bus plunged into the Sunkoshi river in Nepal.