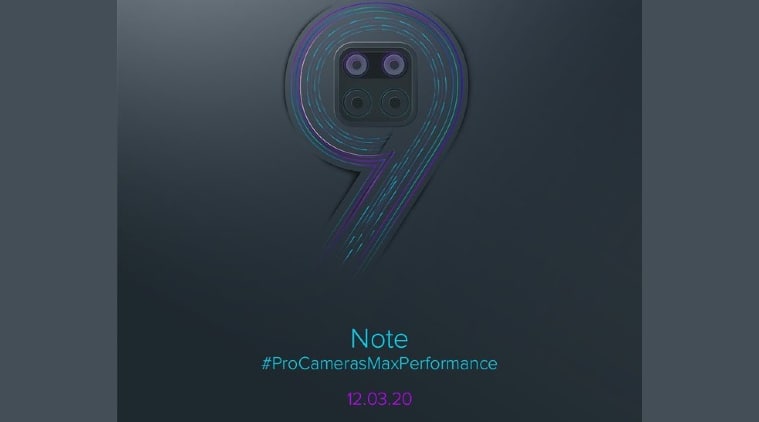 Xiaomi is all set to bring its next Redmi Note phone to India. The company confirmed on Monday via a tweet that the Redmi Note 9 will launch in the country on March 12. The teaser confirmed that the upcoming Redmi Note phone will include four rear cameras inside a square module something that we haven’t seen on a Xiaomi phone before. The Chinese smartphone brand is yet to reveal the camera details of the Redmi Note 9.

The official teaser confirmed the Redmi Note 9 but if the company follows the tradition we could see the Redmi Note 9 Pro tag along on March 12. Xiaomi is referring the phone as #ProCamerasMaxPerformance. The hashtag clearly hints at the fact that the upcoming Redmi Note phone will offer good performance and click great camera. No specification details about the Redmi Note 9 are available as of yet.

Xiaomi’s Redmi Note series is very popular in India. Last year the company launched two Note series — the Redmi Note 7 series and Redmi Note 8 series. With the the company introduced gradient finish glass design and 48MP camera setup to the budget segment. While with the Note 8 and the Note 8 Pro Redmi introduced the budget phone users to quad camera setup. It will be interesting to see what innovations Redmi bring with its upcoming Note 9.

Behold the answer to the most awaited question of 2020. Yes, the next #RedmiNote launches on March 12! 😎

Brace yourselves because is going to be nothing like you’ve ever seen before! 👊

Redmi our full review of the Redmi Note 8 here

The Redmi Note 9 is not launched anywhere yet. This suggests that similar to the Redmi Note 8 series the upcoming Note 9 could also be India first. This means that India will be the first country in the world to witness the launch of the Redmi Note 9.

Realme will launch its Realme 6 and the Realme 6 Pro in India on March 5. With the Note 9. Redmi will aim to compete with the upcoming Realme phones given the phones from both the brands belong to the same price segment.