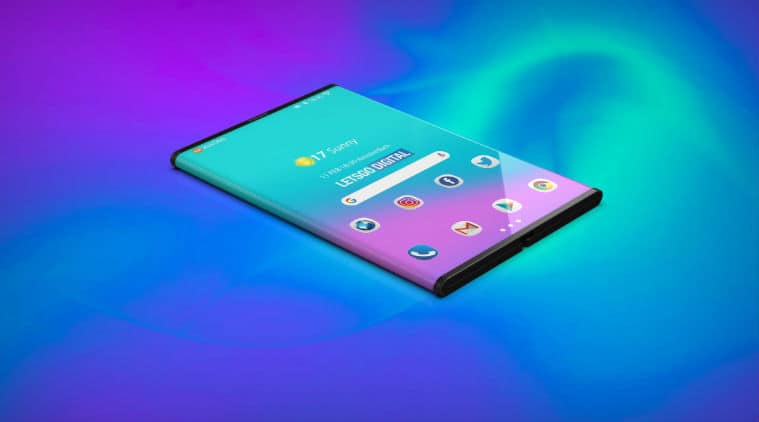 We already know that Xiaomi is working on a foldable phone, but these renders clearly shed light on the device’s impressive design. Dutch blog LetsGoDigital has created 3D renders of Xiaomi’s foldable phone based on a prototype, which was first teased by Xiaomi president and co-founder Lin Bin last month.

As seen in the above video, the device folds in two places, top and bottom. When unfolded, it looks like a regular smartphone. This foldable device has a unique design: two sides of the tablet can be folded backwards, transforming into a smartphone. And when the sides are folded back, the user interface automatically adjusts to the smaller screen size.

When LetsGoDigital tried to contact Xiaomi, the company put out an official statement highlighting the company’s engineering prowess. As expected, it doesn’t say much about the device but it is evident that Xiaomi sees foldable phones as the next big thing.

“One of the key components of the phone, the flexible folding screen, is co-developed by Xiaomi and its supply chain partner. Aside from the screen, its design, folding mechanism and MIUI adaptation are developed by us. Prior to finding the best solution, Xiaomi has conducted extensive research into the development of a robust folding mechanism.

“Each innovation is the result of joint, cumulative R & D efforts from supply chain partners and the device manufacturer. It is misguided to think a folding screen can be easily turned into a folding smartphone without significant breakthroughs in technology. Each segment of the industrial chain has its unique contribution. Xiaomi believes that innovative products and great user experience are possible with sound collaboration and participation from all parties.”

Bin originally noted that the device in the video is a mere prototype but said the company would think about manufacturing the device it people really appreciate it. Keep in mind that the prototype still doesn’t have a name yet; Xiaomi is considering calling it the Dual Flex or Mix Flex but Bin is open to suggestions.

Xiaomi is holding its press briefing at the annual Mobile World Congress next week, where it might showcase a foldable device as well.