WhatsApp gets 'WhatsApp from Facebook' adding to the Android beta app When users will go to the settings page of the Android beta app, right at the bottom it now reads ‘WhatsApp from Facebook’. This comes after an earlier report on The Information, which had said that Facebook planned to add its name to both Instagram and WhatsApp.

“We want to be clearer about the products and services that are part of Facebook,” is what a Facebook spokeswoman had said. Facebook bought WhatsApp back in February 2014 for nearly $19 billion in what was one of the biggest deals in the world of technology.

Of course, the move will raise some questions because both Instagram and WhatsApp were acquired by Facebook. But these are apps are from where the company expects its next major phase of growth. Further, Instagram and WhatsApp’s original founders have all left Facebook, in what were seen as tumultuous exits over clashes with CEO Mark Zuckerberg. 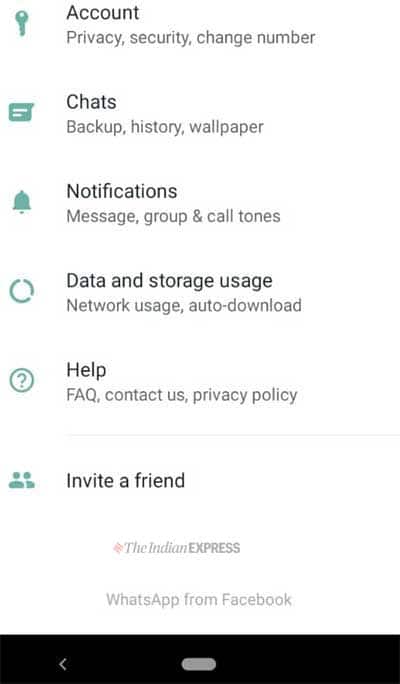 WhatsApp co-founder Brian Acton also tweeted that it was time to delete Facebook, when the company came under criticism over the Cambridge Analytica scandal. He had later highlighted tensions with Zuckerberg in an interview with Forbes.

After WhatsApp co-founder Jan Koum quit in April 2018, a Wall Street Journal report had revealed that tensions between WhatsApp’s founders Acton and Koum, and Facebook CEO Mark Zuckerberg and COO Sheryl Sandberg were probably what caused the exits.

Either way WhatsApp is already seeing more interlinking with Facebook. The messaging app has already started showing an option for users to post their Status or Stories directly to Facebook. Facebook has also made it easier to share links, posts directly to WhatsApp with a more prominent button, which reads as ‘Send in WhatsApp’. The feature was rolled out on Facebook’s Android app, and shows on all posts which have the privacy settings at ‘public’.

All of these moves are keeping in with Facebook’s larger vision of interoperability among its various apps. Instagram, for instance, already has an option where a story shared on the platform can also be posted to Facebook as well. Messenger also supports Instagram logins.