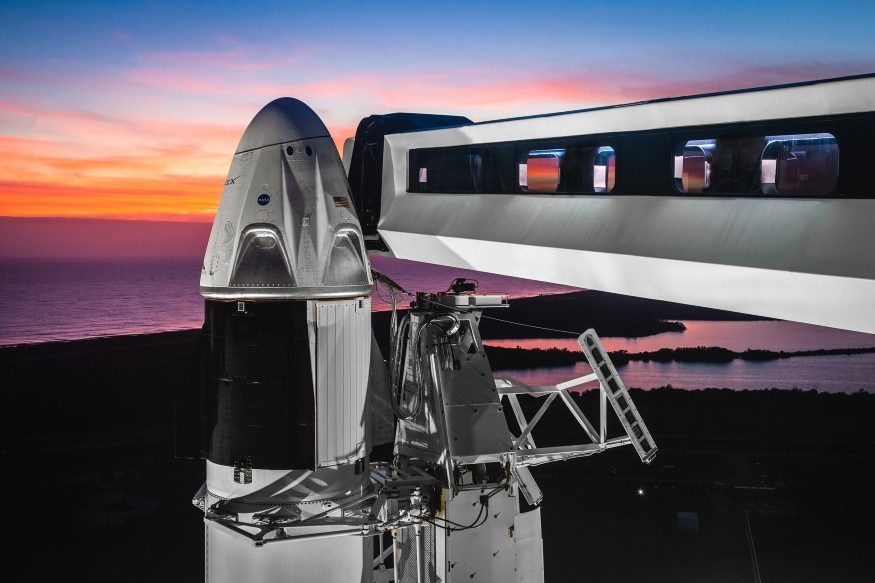 SpaceX is geared up and rolling for round two of trying to make history as the first commercial company to carry humans to space. After the Florida weather played spoilsport and cancelled the SpaceX Crew Dragon launch on May 27 with barely 15 minutes left on the timer, all eyes are on SpaceX and NASA’s first manned mission, titled Demo-2, to suggest that this is the final “trial” mission of SpaceX’s efforts, which the latter will try really hard to get right. To watch the historic launch’s live stream for yourself, tune in to SpaceX’s stream on YouTube, in the video here.

SpaceX has, over the past years, been pitching for privatisation of space missions. Its big advantage, as claimed by its founder Elon Musk, is the usage of reusable space rockets, wherein the initial booster stage can be recovered and reused in multiple missions. This will make scheduled space runs, such as trips to the International Space Station for both crew and cargo, more affordable. Today’s Demo-2 second launch attempt is the final hurdle to this process, which SpaceX will aim to cross, subject to good weather conditions.

NASA astronauts Doug Hurley and Bob Behnken arrived at the NASA Kennedy Space Center earlier today in shiny white Tesla Model X cars, with redesigned space suits also looking more suave in comparison to NASA’s previous suits. As per the launch day schedule, the astronauts are presently undergoing the final crew module checks post breakfast and ascent, following which the hatch will be closed shortly. The next time the hatch will be reopened is close to 24 hours later, when the SpaceX Crew Dragon module will dock itself at the PMA-2 docking station on ISS’ Harmony module.

If SpaceX gets its launch right, it will be scheduled for more crew missions going forward, starting as early as later this year. This is a part of SpaceX’s eventual plan to play a role in manned missions to the moon and Mars as well, later in this decade. If today’s launch is held successfully, this will mark the first time since 2011 that NASA’s astronauts will take off for space from American soil. So far, NASA has been piggybacking rides to the ISS aboard the Russian Soyuz crew module, from the Kazakhstan launch site.