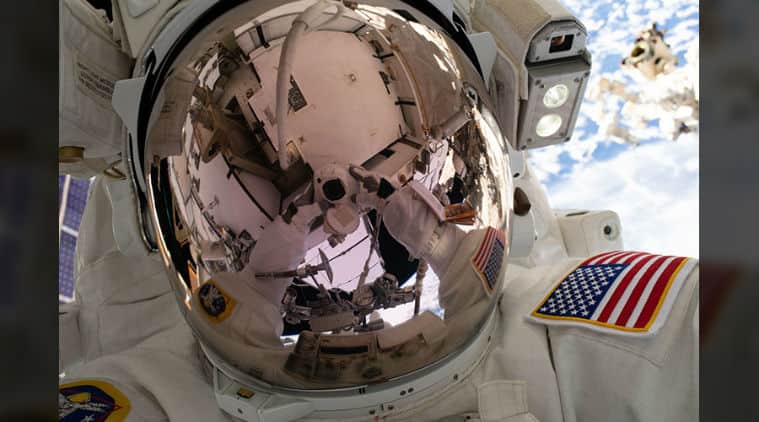 NASA has said that robotics controllers are making a new commercial crew docking port for installation during a spacewalk which will be happening tomorrow, August 21. This would be the fifth spacewalk of the year. The space agency said that the Canadarm2 robotic arm will be extracting the International Docking Adapter-3 (IDA-3) from the trunk of the Space Dragon cargo craft during the sleep shift of the Expedition 60 crew.

According to the space agency, the ground controllers will remotely position the IDA-3 on the top of the Harmony module where it will soon become a permanent part of the orbiting lab.

Apart from that, the Expedition 60 crew, which consists of members in the current expedition to the International Space Station, is researching about life science and physics while packing a cargo ship for the return to Earth next week.

On Wednesday, August 21, spacewalkers Nick Hague and Andrew Morgan will be exiting the station at around 8:20 am EDT to finish the installation job of the IDA-3. The two men will be working for around six-and-half hours outside the Harmony module space-facing port routing cables and configuring the IDA-3 for the preparation of the arrival of future SpaceX and Boeing crew vehicles, NASA said in its blog.

According to the agency, Hague on Monday had time to research ways for improving tire manufacturing and performance on Earth. Morgan and NASA astronaut Christina Koch were packing the Space Dragon cargo craft and readying the space freighter for its return to Earth later this month on August 27.

Flight Engineer Luca Parmitano of the European Space Agency (ESA) had spent the day on a variety of life science studies. According to the NASA blog, he first collected his blood and urine samples for analysis, and then he tested his blood sugar for the Vascular Aging study observing cardiovascular health and insulin resistance in space. In the end, he spun cell culture samples in a centrifuge for the Micro-15 study investigating cell differentiation.

Russian astronauts Alexey Ovchinin and Alexander Skvortsov, kept up the Russian segment of the orbiting lab today. Ovchinin checked a treadmill in the Zvezda service module before getting items for return to the blue planet on a Soyuz spaceship. Skvortsov is recording his heart activity for the next 24 hours while also maintaining Russian life support hardware.

The Soyuz MS-14 crew ship by Russia has rolled out to its launch pad at the Baikonur Cosmodrome in Kazakhstan. It will launch tomorrow without any crew onboard at 11:38 pm EDT to test its 2.1a booster segment during ascent. The unpiloted Soyuz spacecraft will automatically dock Saturday at 1:30 am to the station’s Poisk module.