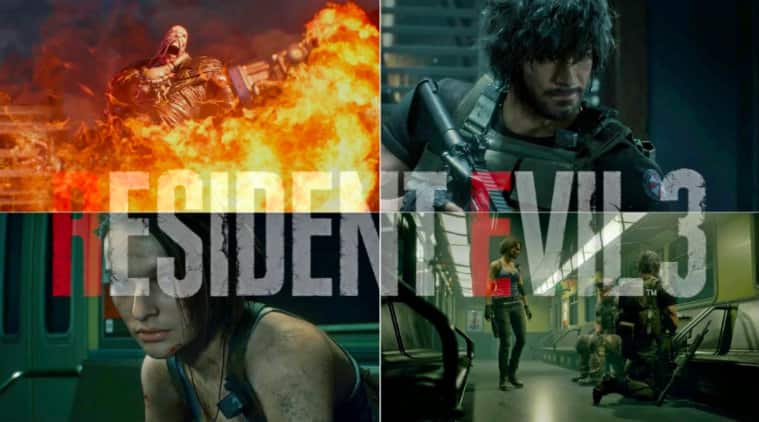 Resident Evil 3 remake has been priced at Rs 3,499. The company has said that it will soon open pre-orders for all platforms on online and offline retailers soon.

Camcom during last night’s PlayStation’s State of Play broadcast announced that it will be launching Resident Evil 3 remake on April 3, 2020 for PC, PlayStation 4 and Xbox One. The game will be a remake of the highly popular Resident Evil 3: Nemesis, which was originally released back in 1999. It will get new graphics and a familiar over-the-shoulder perspective.

Resident Evil 3 remake has been priced at Rs 3,499. The company has said that it will soon open pre-orders for all platforms on online and offline retailers soon. Every user pre-ordering the game will get an exclusive Classic Costume Pack that features the original design for Jill Valentine and hairstyle for Carlos Oliveira.

To recall, Resident Evil 3’s story takes place a few days before the story of Resident Evil 2. It focuses on Jill Valentine a member of the S.T.A.R.S. group who is trying to make her escape from Raccoon City infested with the undead. She also has to survive the attacks from the Umbrella Biohazard Countermeasure Service (U.B.C.S.) militia and lastly go head to head with Nemesis, who is the main boss of the game and is said to be stronger and more vicious than Tyrant.

The company claims that the remake will feature the “horrific settings” from the original game and new content. The game has been developed with the help of the company’s proprietary RE Engine, which was also used to create Resident Evil 7 biohazard, Resident Evil 2 and Devil May Cry 5.

Throughout the game, Jill will find a number of allies who will help her get past the chaos. However, just like the original, players will have to carefully monitor their ammo and health to survive the game.

At the PlayStation’s State of Play broadcast, the company also announced a Resident Evil 3 Collector’s Edition. The pack would include a physical copy of Resident Evil 3, a Jill Valentine figure, a hardcover art book, a double-sided poster and the Resident Evil 3 soundtrack.

The company has also stated that Resident Evil 3 will come with an asymmetrical 4 vs 1 co-op game, called Project Resistance.

Despite EU push, Apple does not want to switch to USB Type-C