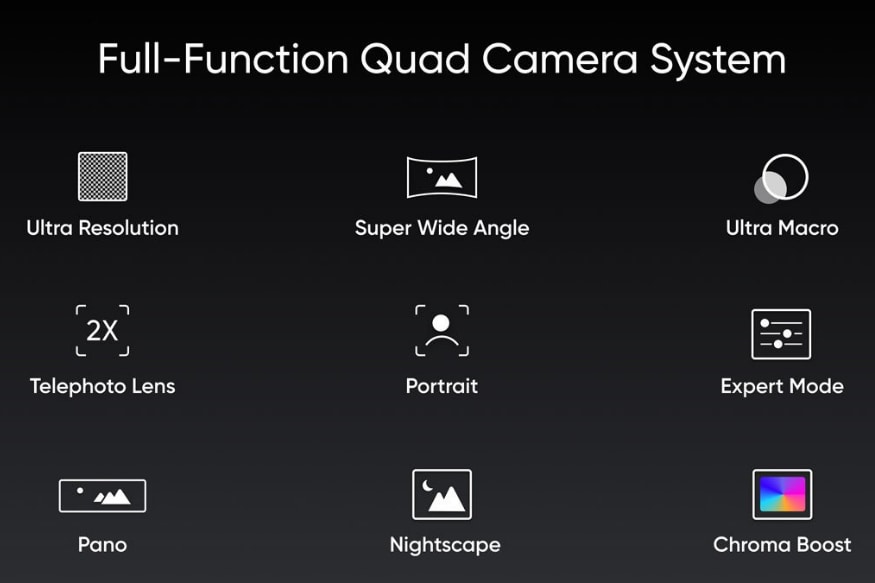 Realme India CEO Madhav Sheth has revealed that there are three quad-camera phones in the works for the brand following a revelation that Realme will deliver India's first phone with a 64-megapixel camera with a quad camera on its back. According to a report by GSMArena, only the top-notch phone, which will be called Realme 5, will sport a 64-megapixel camera, using the Samsung ISOCELL GW1 sensor.

The report further states that, even though Sheth shared an image as a demonstration of pixel binning to take about a 64-megapixel sensor, the photo itself is of 12-megapixel resolution. The report suggests that it was shot with a 48-megapixel sensor and perhaps that will be the resolution for a new Realme X and the Realme 5 Pro when they are finally released.

With the 64MP super-big sensor, a single pixel can reach 1.6 um in size in the 4-in-1 mode which provides more light & offers more shooting options in the ultra Nightscape mode. pic.twitter.com/LL9VAxAm7g

He revealed in his tweet that with the 64-megapixel sensor, "a single pixel can reach 1.6 um in size in the 4-in-1 mode which provides more light & offers more shooting options in the ultra Nightscape mode." The three phones will be distributed between the main Realme series, the Pro and the X and will launch before Diwali 2019. Notably, the quad-camera setup will feature a 2X telephoto lens, a 119-degree ultra-wide-angle lens and a dedicated macro lens for shooting objects from just 4cms away.

OnePlus Concept One Coming to India on February 8, But It's Only for You to See